Početna / DIALOGUE / ARGUMENTS / More than 100,000 refugees have crossed the Mediterranean to Europe since the beginning of 2016 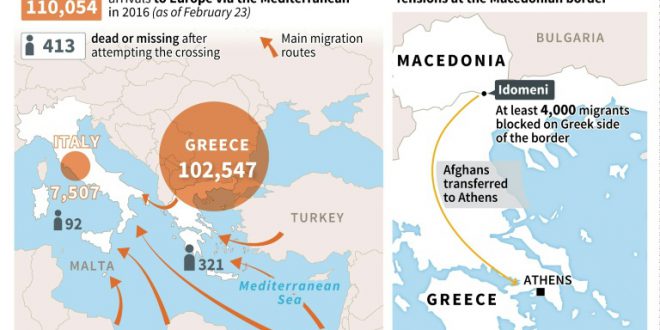 More than 100,000 refugees have crossed the Mediterranean to Europe since the beginning of 2016

Athens, February 23 – The number of migrants and refugees who arrived in Greece and Italy from the beginning of 2016 this week exceeded 100,000. By February 22, Greece itself recorded 102,547 arrivals on the island, since the beginning of the year. In comparison, in 2015, this number of 100,000 was reached by June – said the International Organization for Migration (IOM) in Greece.

Over the same period, more than 410 migrants and refugees lost their lives, and the route through Turkey and Greece remains the most deadly passage as 321 migrants have drowned there.

According to the IOM – Greece, it is estimated that only in February 42,861 arrived on the Greek island, and Greek government authorities say that the largest numbers of people are coming from Syria, Afghanistan, Iraq, Iran and Pakistan. The others often come from Morocco, Bangladesh, and Somalia.

Since the beginning of the year, 7,507 migrants have crossed the sea to Italy. It’s about the same number as last year.

“We continue to register the arrival of many vulnerable migrants, who are often in very poor condition, as a result of the violence they were subjected to by smugglers in Libya. Also, the alarmingly increased number of women who have become victims of trafficking – said spokesman IOM-Italy Flavio Di? akomo. 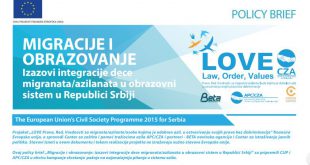