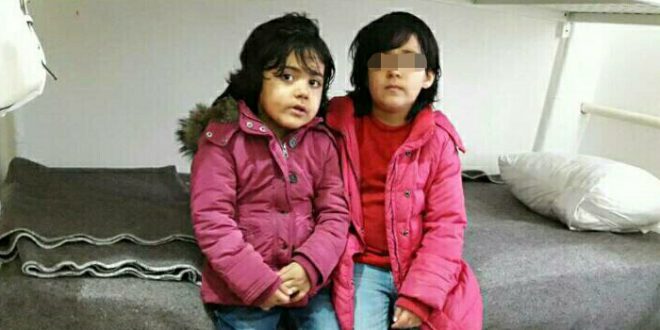 Zagreb,December 19 – Family of Afghan girl Madina Husina, who died on the railway track at the border between Croatia and Serbia, filed a criminal complaint against unknown perpetrators, police officers of Croatian MUP.

The filing of criminal charges was announced to the Croatian public at a press conference put on by Center for Peace Studies and the “Are You Syrious” association in Croatia, who together with our Asylum Protection Center legal team provided full legal support to the family.

Lawyer Sanja Bezbradica told the media that the police found the mother with six children in Croatian territory, that the mother had asked for asylum at the time, but the police refused to comply with the positive regulations of national laws and EU directives, so they directed the family into the night, to return to Serbia in the direction of the railway heading in that direction.

This incident occurred a month ago, and Croatian MUP reported that the girl was killed several hundred meters from the Croatian border by the collision of a train in Serbia.

However, as the family and their accompaniment Hado, a migrant from Morocco testified to the APC team, the girl went to Croatia with her mother and six brothers and sisters when Croatian policemen intercepted them, returned them to the railway line, pointed to the light in the distance and said “There is Serbia” and that they must return.

The mother’s request to wait until morning with five young and two teenage children did not help, neither did the explanation that they wanted asylum. Police threw them out of the vans they were placed in, out onto the railroad. which was their only map in the dark. They pointed out the lights in the distance and mentioned that that was Serbia. They had to return to Serbia. They did not let them know that along those tracks traveled trains and that they had to be careful. Soon after, a train rushed along the tracks. Half asleep and disoriented Medina failed to get away fast enough.

Tajana Tadić from “Are You Syrious” said that UNHCR of Serbia recorded 3,000 cases of illegal expulsions from Croatia in the past year.

“It is often a matter of violence and it is found that police tell refugees to follow the railroad to Sid when they return to Serbia”, said Tadic.

She says that their association continues to receive testimonies about expulsions even after Madina’s death.

Gordan Bosanac from Center for Peace Studies said today, that they have been waiting for 30 days for MUP to provide stronger evidence of their view on this tragic event.

Namely, Croatian authorities claim that the tragedy took place on the Serbian side of the border and that Medina’s family rushed to Croatian policemen carrying the body of the young girl, but witnesses and the family speak differently of events, and numerous human rights organizations have recorded hundreds of cases of forcing people who have the right to asylum, to return to Serbia from Croatian, Hungarian and Bulgarian borders.

In regards to the death of young Medina, APC asked the Border Police of Serbia to answer whether an investigation was launched into the death of a six year old Afghan girl on the border with Croatia, and whether she and her family were legally deported from Croatia or if the local authorities “illegally pushed” them back to Serbia, before being overtaken by a train.

Asylum Protection Center, a legal proxy of the family of the slain girl, asked whether the Croatian police provided documentation to the Serbian police on the death of the child, whether and why the multi-member family was separated from the child, and how the body was subsequently returned to Serbia.

However, an answer was yet to be provided.

In addition, the case of the young Afghan girl was received widely across public spheres, and Croatian MUP reported on the matter only after the Guardian’s post on the matter.

The British newspaper said that the Croatian border police treated the girl’s family as dogs and indicated that border police of Croatia, Hungary and Bulgaria were returning people across the border, often violently, as was reported by the largest human rights organizations.

The British newspaper notes that the tragedy of the Husini family, who tried to come to Croatia after a year in Serbia with the hope of legally reaching Hungary is the latest in a series of deaths of children and adults across the Balkans.

Prethodno APC: Police to tell if an investigation has been launched into the railway death of six year old Medina
Sledeće Weekly 10 migrants cross the Hungarian border