Početna / CURRENTLY / APC: Police to tell if an investigation has been launched into the railway death of six year old Medina 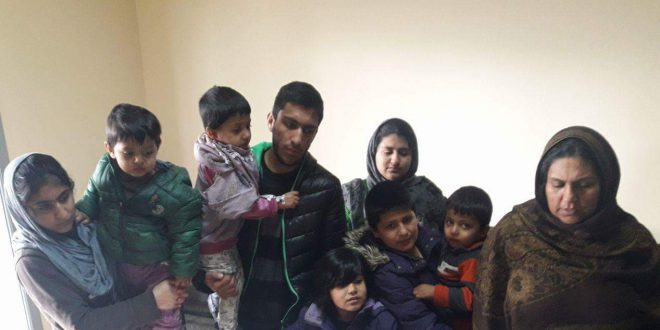 APC: Police to tell if an investigation has been launched into the railway death of six year old Medina

Asylum Protection Center (APC) asked the Border Police of Serbia to answer whether an investigation was launched into the death of a six year old Afghan girl on the border with Croatia, and where she and her family were legally deported from Croatia or were “illegally pushed back” by the local authorities to Serbia, before she was run over by a train.

Asylum Protection Center, who is the legal representative of the family of the deceased girl, asked whether the Croatia police provided documentation to the Serbian police about the death of the child, whether and why the multi-member family was separated from the child and how the body was subsequently returned to Serbia.

Medina Husini, the six year old girl from Afghanistan, died on November 21st on the railway track Sid-Tovarnik, after she was hit by a train during the night, immediately after her mother and six other children, were intercepted by Croatian police and forced them to return to Serbia.

Director of Asylum Protection Center Radoš Djurović told BETA news agency that one of the girls’ accompaniments, a witness who is a migrant from Morocco, told the organization that the group had crossed the Serbian-Croatian border and that they were in a park by Croatian policemen who, instead of taking them to the station where they would seek asylum (because they pleaded for asylum) made them return to the railroad.

Djurović added that Croatian policemen, according to witnesses, only pointed to the lights in the distance and told the refugees that Serbia was in that direction and that they must return to there.

“They did not aid the mother’s request, as she told us, that with her five young children and two teenage children wait until morning. They did not help even after they expressed that they wanted Asylum. They were thrown out into the dark and cold night where the tracks and the lights in the distance were their only map towards Serbia. They did not warn them that trains were using these tracks and that they had to be careful. Half asleep and disoriented Medina unfortunately failed to get away fast enough”, said Djurović.

He added that Medina’s 15 year old brother Rashid, in his statement to APC stated that they went to Zagreb Croatia from Serbia because they heard that the Croatian police did not deport families with children, but that the police told them that they had to return to Serbia and wait a month, after which they will let them through.

“Rashid claims that they were thrown out of the van right next to the railway and that the girl went out alone. They did not cross more than 100 meters when the accident occurred, ” Djurovic said.

Afterwards police returned the family members of the deceased girl to the vehicle and locked the door. They initially told them that the ambulance had gone to Belgrade, and later they had to ask Serbian police about everything.

Djurovic added that members of Medina’s family, according to their testimony, soon surrendered to the Serbian police at the border, which led them to a police station in Sid, from where they were later transferred to the center in Krnjaca.

He added that the family saw the body of the girl for the first time after the accident in a chapel at the cemetery in Principovac. He added that they wanted to bury the young girl in Belgrade, where they have friends, but they are not allowed to do so.

Djurović said that the family was very shocked because the girl’s face and body was still covered in blood and her clothes torn. They gave the family four water bottles and told them that if they wanted to they could wash their child.

“Medina’s family is now in Principovac. They claim that they did not receive any documents on Medina’s death and that the Serbian police told them that their Croatian counterparts had not given them any papers on the accident.  A small mount at the cemetery in Sid is the only evidence that Medina existed. That she lived. That even being so small, she passed through thousands of miles from her home and that she died frightened and cold on the dark tracks between two borders, behind which there was nobody who would welcome her with sympathy,” said Djurovic.