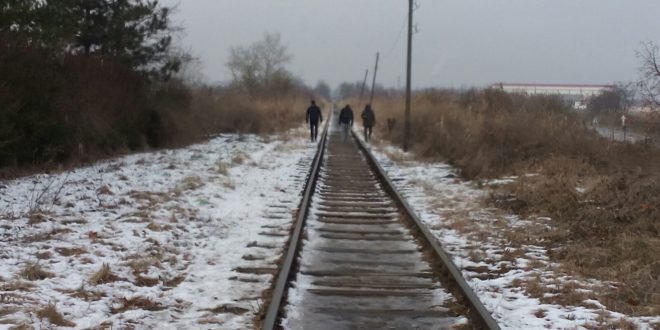 How Zahid’s hopes sank into tears

Belgrade, February 5 – Zahid is a tall man. Your eyes immediately drawn to his large hands. He says he trained volleyball in Pakistan and was a good athlete.

He was okay in school, he dedicated more time to volleyball and his parents supported him in that.

He is one of those people where one wonders – how is it possible that life has decided to test itself on him on just how possible it is to break a man and to take away his hope. His tears are not forgotten.

When we met him in Banja Koviljaca, he wore a traditional male dress from Pakistan, he did not know a word of english, but he looked at his surroundings with wide open eyes, and was extremely interested to hear about everything that could help him integrate into the local community where he found himself. He was the first one at all of the workshops and activities that we organized at this asylum center, which he reached after the closure of the Balkan route.

He quickly learned a couple of phrases in English over google translate, he started out with friends in Banja, to have a more modern wardrobe, he even got a haircut in line with modern trends, to fit in and integrate, he said.

Zahid is a highly educated young man, quiet, courteous, attentive, ready to help everyone around him.

He is very sensitive, and is worried of how others would accept him, whether he would be able to continue his journey, he had a dilemma of remaining in Serbia, whether or not he would receive asylum…He was tortured by thoughts that worry all travelers on the path of refugees and hope

Here he came along with 25 year old Salman, whom he met in Presevo right after the closure of the Balkan route in March 2016.

They became friends. Salman was the one who gave Zahid the strength and motivation to continue his journey, to try to find ways to somehow go from the Hungarian border to Italy, a rare European country that would give Pakistani’s some type of asylum protection.

They tried several times, but failed. After a series of unsuccessful attempts, a group of migrants from Afghanistan and Pakistan joined in a protest march from Belgrade to Horgos last July, which lasted three days, staging hunger strikes in front of the closed Hungarian border, demanding that borders be opened. Of course, to no avail.