APC has organized interactive workshops with women and children placed in centers for asylum seekers in Banja Koviljaca and Bogovadja since the beginning of year. That is a project Empowering asylum seekers and persons whose asylum request is granted to take a part in local communities. It is funded by Co-operating Netherlands Foundations for Central and Eastern Europe via the Balkan Community Initiatives Fund (BCIF).

Once a week a women from Afghanistan, Somalia and Eritrea have the opportunity to show each other their culture and customs, their own ways of life and learn how people live in Serbia and in the countries of Western Europe. 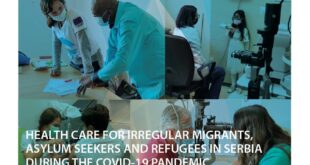