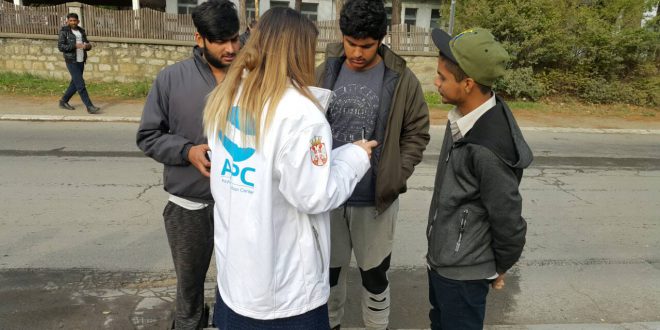 SOMBOR, October 5th – On the border of Croatia and Hungary, there are currently between 800 and 1000 persons attempting to cross the border or currently residing in its vicinity; with these attempts becoming more frequent as winter approaches. Intimidation, threats and violence against these people, among whom there is a large number of unaccompanied children, are all the more frequent on the Croatian border. (English Version Below)

Over the past week, at least 50 underage boys from Afghanistan, ages 14 to 17, have tried to cross the border with Croatia, mostly trying to get to France or Germany. These boys are fleeing from their own country, destroyed by constant conflicts in order to escape violence and often forced into recruitment by the Taliban.

Our teams that meet with them provide them with information about their rights to housing, offering psychological help in order to overcome traumatic experiences, unfortunately we are unable to protect them from the violence they are exposed to when crossing the Croatian border.

And there is great risk,  testifies sixteen-year-old Edriz from Afghanistan who tried last week with a group of other boys to cross the Croatian border on foot. Immediately after crossing, they came across the police, and as he said, he was sincerely scared for his own and the lives of his friends.

“I heard from people who had already tried to cross the Croatia border, that their cellphones were taken away, that they were beaten, showing me the bruises on their bodies, and I wanted to run, but I was too afraid. I was afraid of getting beat, I heard stories of shootings, baton blows on the hands, legs and even the head  but I did not even dream of shootings. However, that’s exactly what happened. One of the Croatian policemen directed his weapon towards them, shot in the air and yelled: Next time we shoot at you! At that time, we all started to run back across the border into Serbia.” Edriz tells us, he has not yet recovered from shock.

Prethodno APC in Lebanon, the country with the highest number of refugees per capita
Sledeće Rahima, who wanted to escape her suffering with death was saved by hope