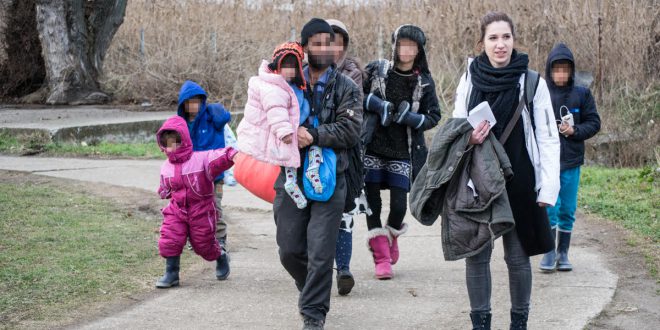 Afghan baby at the Institute for Mother and Child in Belgrade

Belgrade, 16. january  – At the Institute for Mother and Child in New Belgrade lies little Ferhad. He’s an Afghan. He was born as a refugee. His mother, Sabra, gave birth to him in Istanbul. He is brought here from Sid where he stopped with his father, mother and five brothers and sisters on a further journey to Europe because he got sick. He got very sick. His little body, he suffered a cold on the journey from Izmir to Lesbos, from Lesbos to Athens, from Athens, and then to Miratovac, from where his mother was carrying him a few kilometers by foot, to Preševo, Šida … 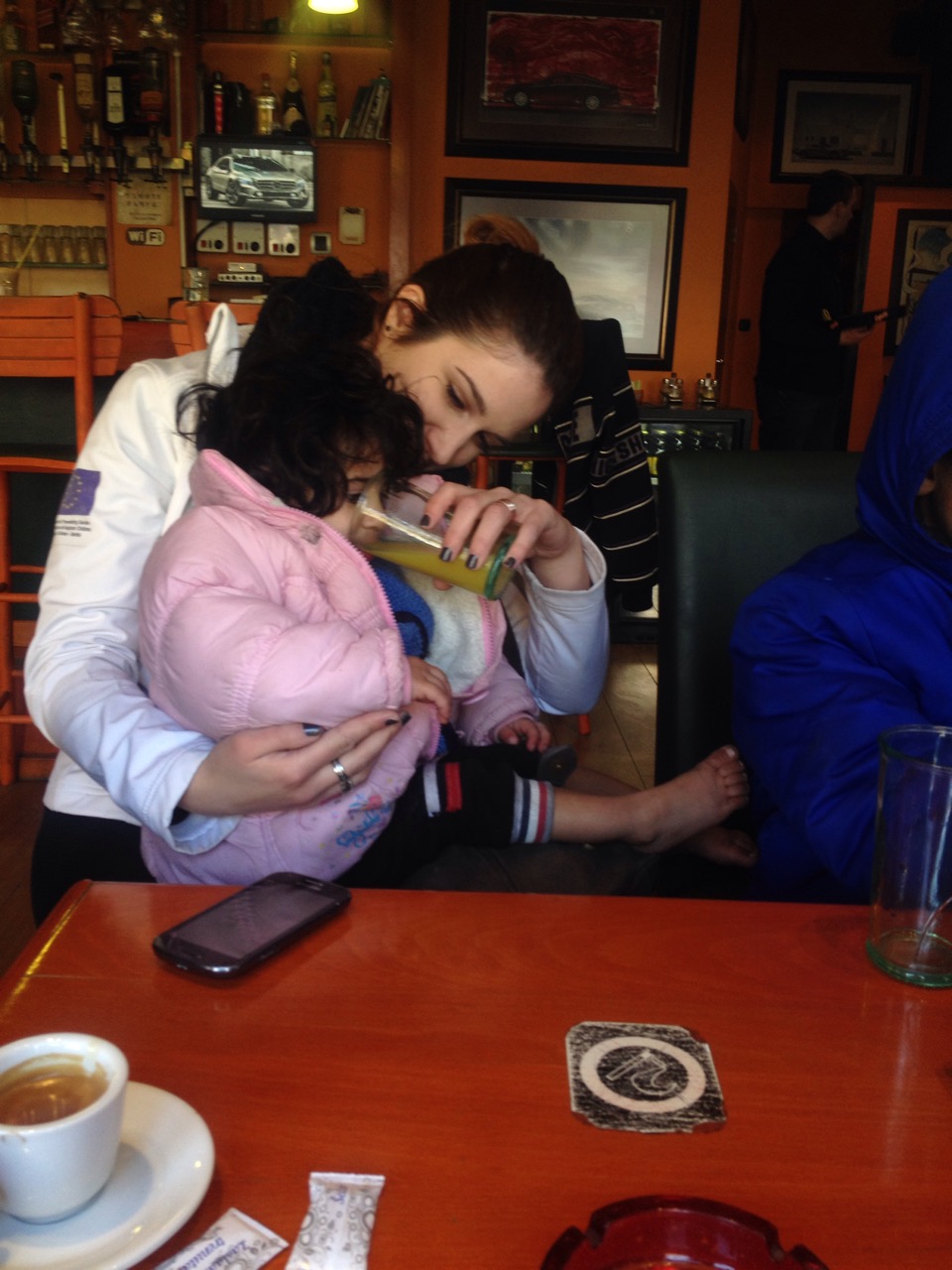 They stopped there. Little Ferhad could not keep on going, there were serious respiratory problems, doctors said. He needs serious medical care. It’s in Belgrade. He was transported by an ambulance, and his family laid down in refugee barges in Sid.
We find them worried and scared. We calm down the mother and let her know that we will drive them to Belgrade to see the baby, that we are here to help them, and that we will help them all. We explain to them, that they have to say in Sid, that we will with the help of the Commissariat for Refugees and the police, figures out how to transfer them to Krnjaca. From there they are much closer in being able to visit the baby, and the conditions of accommodations are better. We are trying to alleviate their fear of the impossibility of their next journey, and explain that they can go, once their baby gets better.
We brin the mother immediately to Belgrade. She is not distrustful, but she is in a new country, among strangers, and a short separation from her five children, one of whom is two year old, she is rightly concerned. She is afraid that the borders will close, and in what condition their child is.  But in the Institute for Mothers and Children, where we brought an interpreter, good news awaits. The boy was removed from the breathing apparatus. Encouragingly she looks at the baby through the glass and now begins believing that maybe in the end, everything will be find. But she has to wait. They tell her that the doctors will not let the child go until he is completely healthy. 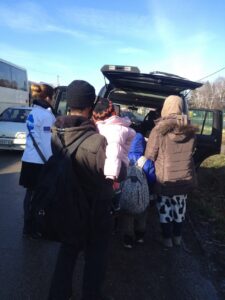 On our way back she deliberately look through the car window. She says she was personally struggling to go this time. To save the children. She tells us about a hard life, about how she was married off very young and how he husbands family now questions why they did not marry off her eldest daughter Sibila, who is only 14 years old.  “She’s a wonderful student, all fives”, She tells us as she stares piercingly as if looking for an echo for her, of such important facts on our faces. It is as if with that sentence she explained everything to us – her position, her hope, and her fear of not being able to get out.
She waited two more days for us, and this morning we came to pick up her family in Sid. They packed up a few things and the children into the car and drove them to Krnjaca. They’re here now. Smart and obedient children who get hold of Serbian and English words during the drive and repeat them, with tired and impatient father Erfan and his decisive wife Sabra.  They’re waiting for Ferhad to get stronger, and then to be on their way.
They thank us for help. Sabra asks if we will continue to go with her to the hospital, will we wait … As long as Ferhad does not fully recover until you go to Sid, and there we will wait for the train for Croatian be with you, we promise.