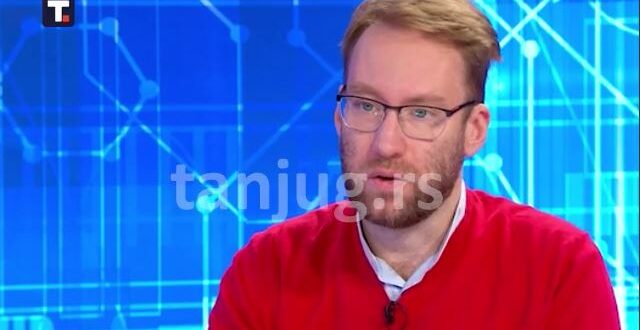 Access to asylum has not been announced to be restricted

Belgrade, September 25– Radoš Đurović, the executive director of Asylum Protection Center, explains that the public’s eyes are currently focused on the treatment of people fleeing Russia, after the announced mobilization.

Nevertheless, he continues, the asylum procedure can be requested by anyone who comes to Serbia or an EU member state, since it is a possibility that is open to everyone. Obtaining asylum in the country is only possible if a person is fleeing persecution or their life is imperilled due to specific conditions.

He says that if the Russian citizens would apply for asylum here on the grounds of conscientious objection that they do not want to use weapons or kill someone else, and that it is incompatible with their convictions. Then there is a basis for them to receive asylum, in the asylum procedure.

But, as he explains further, one should be careful, because people who come to our country from Russia, do not even have to seek asylum for a certain period of time. This is for the reason that they can stay here without a visa for a period of three months, and during that period they can try to manage the situation and somehow regulate their staying in Serbia.

Đurović says that they can enter into an employment relationship, that is, that someone hires them here or they can start their own business here, and on that basis, they can change their residence and stay longer in our country.

“It is not necessary for them to enter the asylum procedure, and so far there are very few such cases of Russian citizens seeking asylum in our country,” explains the director of APC/CZA.

He points out that one should be very careful, because access to asylum has not been announced to be restricted.

“There is a restriction on visas issued to the Russian citizens,” he said, in order for them to enter the territory of EU countries.

But people can reach the territory of a country irregularly or in some other way, and when they achieve that, they can request asylum, says Đurović.

As he says, asylum is not denied to anyone. However, the possibility of them reaching those countries is what is being discussed now.

He explains that when we talk about countries such as Serbia, which, along with Armenia, Georgia and Turkey, is a country that does not require visas for the Russian citizens, it is quite logical that these people will try to reach the mentioned countries.

“Temporary protection is granted when a massive problem occurs, a conflict, usually armed, and when the asylum systems in the receiving countries are unable to quickly and adequately implement the asylum procedures,” Đurović explained.

“Then time is bought for the system and then protection is granted for a limited period of time, until those systems are consolidated,” he explained clearly. For the first time, a system of temporary protection was launched in a serious way in the EU, and even in Serbia. Specifically, he says, it’s because people are fleeing war and violence in Ukraine.

As for Russian citizens, if they come, if they are fleeing from political persecution, then the door to the asylum system will be open for them, and it is very likely that these people can even count on a positive outcome, Đurović believes.

But, as he further states, that migration from Russia is still not so massive that it could be considered in the same way as the migration of Ukrainian citizens. More than ten million people, he reminds, fled from Ukraine in a short period of time and this creates a burden for the system of each country individually.

Prethodno Over 17,000 people from Ukraine have registered their staying in Serbia
Sledeće Trilateral in Budapest on migrants