Početna / CURRENTLY / LATEST / Over 17,000 people from Ukraine have registered their staying in Serbia 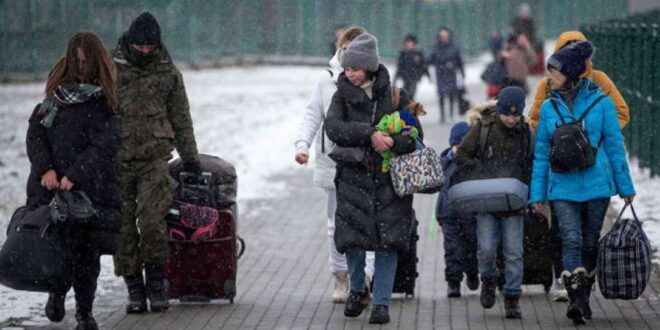 Over 17,000 people from Ukraine have registered their staying in Serbia

Belgrade, September 25, 2022- Over 17,900 people from Ukraine are staying in our country, according to the executive director of Asylum Protection Center, Radoš Đurović. He states that over 92,000 Ukrainians have entered the country since the beginning of the war, and most of them passed through Serbia.

He adds that Russians do not seek asylum and do not receive temporary protection, because it only applies to Ukrainians. Some rough estimates are that over 50,000 people of Russian origin are currently staying in our country. They are neither in the asylum procedure, nor are they within the system of temporary protection, with the exception of a few,” says Đurović.

He says that until this month, only 18 people from Russia expressed their intention to seek asylum, and for temporary protection- several dozen of them. Most often, they are spouses or the children of Ukrainian citizens residing here.

Đurović adds that temporary protection in this case refers to the people who had a residence in Ukraine or who cannot stay in that country due to the war.

As the director of APC/CZA states, in Serbia they can work, they have the right to health care, social assistance and accommodation assistance. They have freedom of movement for a period of one year.

He explains that temporary protection was introduced by the decision of the Government, after the start of hostilities, and it refers to persons who reside in Ukraine or are the citizens of Ukraine.

On the other hand, he says, seeking asylum is a procedure in the regular state of affairs, that is, a possibility in the case of threat of persecution or when life is imperilled on political, racial, ethnic, religious or other grounds. Then one can apply for asylum in Serbia.

However, as Đurović concludes, people cannot be employed right away, but only after nine months does one get the right of staying and health care, as well as freedom of movement.

Prethodno About 10,000 migrants in Serbia- insufficient accommodation facilities, criminals getting involved
Sledeće Access to asylum has not been announced to be restricted