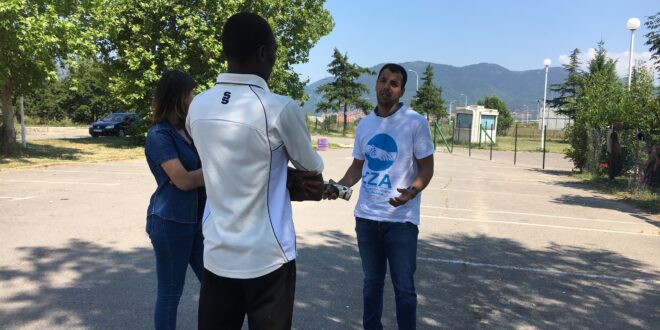 Violence against migrants on the Hungarian border continues

KELEBIJA, July 25, 2019 – Migrants who are trying to cross the border at Kelebija face the humiliating and inhumane behavior from Hungarian border police officers daily.

Migrants who are staying outside the camps, in open locations along the northern border with Hungary are often being taken away their personal properties – phones, money, documents, and physical force is often used on them when trying to cross the border.

According to the information that our mobile teams gathered through conversation with returned migrants, the most common form of abuse is punching, kicking all over the body, and in some situations, border police force them to take off their shoes and send them back to Serbia barefoot.

Last week, a group of migrants from Afghanistan told the APC mobile team that they were caught by Hungarian police officers while trying to cross the border. The police officers allegedly took their documents, ripped off police certificates and registration cards and beat them.

D.M. (30, Afghanistan) told the APC team that when he tried to cross the border he felt on the ground, and then he received a very heavy kick to his back from a Hungarian police officer, and since then he has not been able to walk upright, and he is still in severe pain.

At least 40 people attempt to cross the Hungarian border every day, and in most cases, migrants are pushed back at the border crossings of Horgos and Kelebija.

Prethodno The number of crossing attempts of the Romanian border is increasing
Sledeće Migrant/refugee situation on the northern border of Serbia from July 22 to August 2, 2019