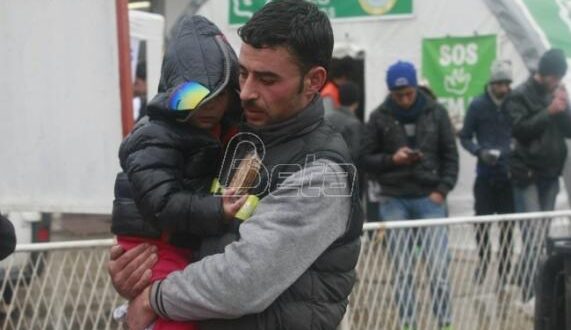 About 10,000 migrants in Serbia- insufficient accommodation facilities, criminals getting involved

Belgrade, 09/07/2022- The executive director of Asylum Protection Center, Radoš Djurović, said today that according to the center’s data, more than 70,000 migrants have entered Serbia since the beginning of the year, and that there are currently around 10,000 of them in the country.

Djurović told the Beta agency that among them most are people from Afghanistan, Syria, Pakistan, North Africa and the Middle East.

He stated that about 4,500 of them are in the state accommodation, i.e. reception centers, and the rest are in private accommodation and outdoors, mostly along the northern border of Serbia.

“Those figures show that the number of arrivals has literally doubled compared to the same period last year,” he said.

He said that migrants enter Serbia from the direction of North Macedonia, Kosovo and Bulgaria and that they mostly go towards the border with Hungary.

He added that, according to data from the field, the number of attempts to enter Croatia has decreased, and they mostly go towards Bosnia and Herzegovina and the Hungarian border.

“On the field, we see a complicated situation, significantly difficult, we have clashes between smuggling clans, a large number of people are in the open, and we also have “pushbacks”, (returning people) especially from Hungary to Serbia,” he said.

He said that the representatives of that center “noticed the chronic lack of accommodation capacities in Commissariat for Refugees and Migration”.

He cited Adaševci, Sombor and Subotica as examples.

He said that migrants lack basic living conditions, social and health support, as well as adequate care, and reminded that among them there are also unaccompanied minors.

He said that along with people smugglers, local extreme groups are also trying to use such a situation to create their own political agenda.

According to him, this situation, which could be a prelude to a humanitarian crisis on the northern borders, must be constantly monitored and improved.

He reminded that there were recent changes at the head of the Commissariat for Refugees and Migration, and stated that he expects the new commissioner to see what measures she will take on the field and whether she will “improve the situation”.

He considers that she should increase accommodation capacities, to be more proactive, and help local self-governments on the field.