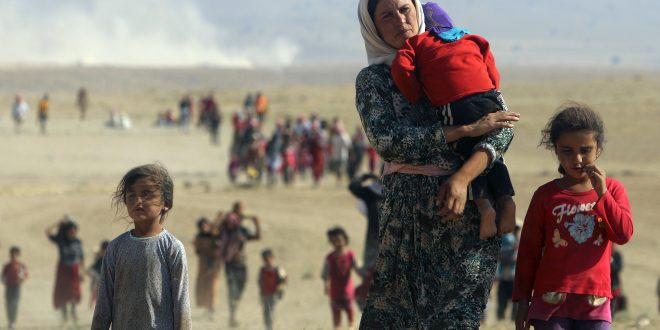 A record 65.3 million people were uprooted worldwide last year, many of them fleeing wars only to face walls, tougher laws and xenophobia as they reach borders, the United Nations refugee agency said on Monday.

The figure, which jumped from 59.5 million in 2014 and by 50 percent in five years, means that 1 in every 113 people on the planet is now a refugee, asylum-seeker or internally displaced in a home country.

Fighting in Syria, Afghanistan, Burundi and South Sudan has driven the latest exodus, bringing the total number of refugees to 21.3 million, half of them children, the UNHCR said in its “Global Trends” report marking World Refugee Day.

“The refugees and migrants crossing the Mediterranean and arriving on the shores of Europe, the message that they have carried is that if you don’t solve problems, problems will come to you,” U.N. High Commissioner for Refugees Filippo Grandi told a news briefing.

“It’s painful that it has taken so long for people in the rich countries to understand that,” he said. “We need action, political action to stop conflicts, that would be the most important prevention of refugee flows.”

A record 2 million new asylum claims were lodged in industrialized countries in 2015, the report said. Nearly 100,000 were children unaccompanied or separated from their families, a three-fold rise on 2014 and a historic high.

Germany, where one in three applicants was Syrian, led with 441,900 claims, followed by the United States with 172,700, many of them fleeing gang and drug-related violence in Mexico and Central America.

Developing regions still host 86 percent of the world’s refugees, led by Turkey with 2.5 million Syrians, followed by Pakistan and Lebanon, the report said.

Asylum-seekers fleeing conflicts or persecution are increasingly confronted with walls or anti-foreigner sentiment, Grandi said. “The rise of xenophobia is unfortunately becoming a very defining feature of the environment in which we work.

“Barriers are rising everywhere – and I’m not just talking of walls. But I’m talking about legislative barriers that are coming up, including in countries in the industrialized world that have been for a long time bastions of principle in defending the fundamental rights linked to asylum.”

After Balkan countries closed borders, Turkey and the European Union (EU) struck a deal in March to stem an influx that brought a million refugees and migrants to Europe in 2015.

“The fact that that flow has stopped does not mean the problem of displacement has ended. It may have ended for some countries that don’t have to deal with it anymore, for now,” Grandi said.

Progress has lagged on a scheme to redistribute 160,000 asylum seekers from Greece and Italy to other EU states to alleviate pressure on the two frontline countries. Only 2,406 people have been relocated, EU figures show.

Grandi, asked about stalled relocation, said: “There is no Plan B for Europe. Europe will continue to receive people seeking asylum.”

Prethodno Refugees at the Hungarian border: Despair at the door of Europe
Sledeće Visegrad Group: Protection of the Hungarian Border on the Balkan Route a Priority 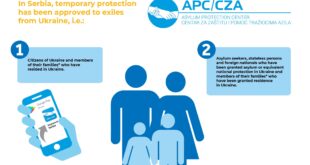 Belgrade 22.03.2022. – After the appeal of the Asylum Protection Center and after our address …