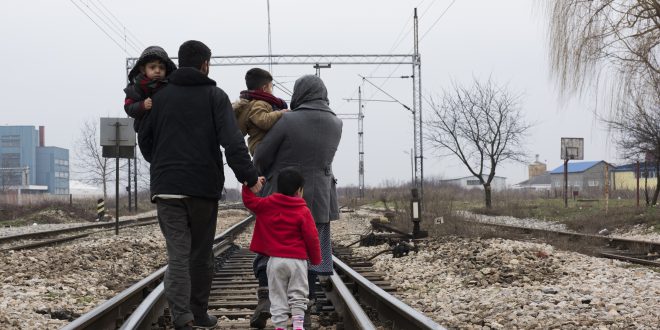 ZAGREB, June 6th – The family of six-year-old Afghan girl Medina Hoseini, who died tragically after being hit by a train at the border crossing between Croatia and Serbia, was released after more than 70 days in detention in the Transit Center Tovarnik and transferred to a shelter for asylum seekers in Kutina.

The family of young Medina is finally free after 75 long days. Why it took so long for the police to realize that jail is no place for a family with children is unclear, but we hope that the family will now be provided with all the support they need. We hope that other families will be released from detention and that such cases will never be repeated again – the Center for Peace Studies (CMS) announced on its Facebook.

Recall, six-year-old Medina in December last year when she was hit by a train on the Croatian-Serbian border while walking with her family in the dark by walking. The family, whose legal representative was in Serbia, where little Medina was buried, was an APC worker, who testified that Croatian policemen were thrown out of the van despite their request to seek asylum and forced them to start walking with little children at night According to Serbia. As a result of the tragic event, the family was returned to Serbia, and the next day and the body was hit by a girl. After that, the family tried several times to enter Croatia again, but returned them several times, and the last time they were placed in custody at the Transit Center Tovarnik.

The lawyer of the Afghan family, Hoseini, told HRT that the most important thing is that these people are no longer in prison, and the Minister of Internal Affairs, Davor Bozinovic, that the decision to release all members of the family and to be in the reception center is made for Human reasons.

The Hoseini family will wait in Kutina to decide on their request for asylum.

Prethodno Representatives of the Balkans in Sarajevo: Joint actions to prevent illegal migration
Sledeće “Axis of the Willing in the EU – Protects Europe from Migrants