Početna / ASYLUM STORIES / I’m a refugee all my life, I up bring refugee children 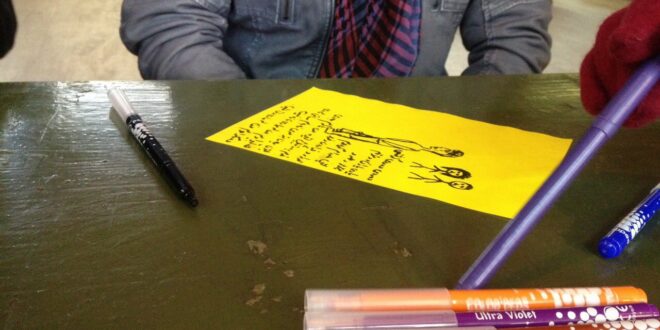 I’m a refugee all my life, I up bring refugee children

SUBOTICA, July 1- We first met with Akbar at the Transit Center in Subotica at which he had just arrived to with his family from another camp. He took our call seriously to invite us whenever he needed help, advice, someone to listen to him, and it only took  a few days for him to have spoken to someone in our office in Subotica. Since then, until his departure from Serbia, he came every week, often with friends from the camp, and we made his life story from these visits and conversations. (English version below)

“I was born in Kabul, Afghanistan, I don’t even remember that city, just single streets, scents and the uncertainty with which my family then fled to Iran about 25 years ago. I am now 33 years old. I will certainly not go back there. Even if I am Afghan. The feeling of pride that I belong to that nation, maybe I was more pronounced, since I grew up in Iran as a second-class citizen… But I am grateful that I have finished school there and learned a tailors craft. In Iran I even got married, had my first child, my daughter. She is 10 years old now. A beautiful girl, you met her. A bit shy, but eager for knowledge. In Iran, I had another child, a boy, who is now 4 years old. Like all children, he loves toys, especially trucks. I buy him them when I can. Here in Serbia, six months ago, another daughter was born. She is very calm and always smiling”… he told us.

Two years ago, he says, him and his wife made the decision together to begin their journey out of Iran towards Europe. It was talked about so much amongst our people, he says, about how the borders are open and how Germany is accepting everyone. They saw, he discusses, that even they would be able to bring their dream to life – to live in a free, regulated country, to open up their own tailor shop, and that their kids attend a beautiful school.

“It wasn’t hard for me to come to this decision”, he says. “I anyway felt no ties to the country I was born in, nor for the country I later lived and worked in…I left as a kid and everything turned out well, it won’t be hard for my kids either. We will get there quickly to begin our new life…I had thought when we were on our journey packed and excited…”

My daughter was serious and calm, he tells us, my son had just started walking, the trip to Turkey did not last long, but when they got to the Greek island in an over packed vessel, thankfully the waters were calm, he says he felt it, anxiety…

” I have never seen that many people on one tiny island…We decided to move on from there, through smugglers. A group of us holding kids, looking towards the coast…we headed towards Athens. Attempting along the way not to be caught by police, or to overturn the boat…we fortunately arrived in Athens. There we met other families, and made solid friendships that will last most likely a lifetime.”

Akbar spoke to us about how they did not like it in Greece. It was, he says, always full, and dirty and crowded…the kids never complained. Finally, after spending months in Greece, Akbar and his family from Greece make it to Macedonia, and the rest of his money he puts towards transportation to Serbia.

“I began to feel that we would quickly get to our goal, even if I temporarily had lost hope in Greece…In Belgrade we received confirmation, and were off to a camp. It did not cross my mind that our troubles weren’t yet finished, and while I was happy we were close to our goal, because I had heard that you only have to endure about a month, and to then move towards Hungary, I did everything to make our living situation here as normal as possible.  I hoped, that while we were here my daughter could attend school. The people in Serbia are honestly good, I was very happy to see her eagerly want to spend every day with her peers. In the meantime we found out we were expecting our third child, and our life took place between everyday living in the camp, occasional visit to the city and constant planning…”

Akbar’s stay in Belgrade marked a happy, but ultimately a tragic event. His wife had the baby, he received a baby girl…

“My wife had the baby, but something wasn’t the way it was supposed to be…she felt weak, and looked at me impotently, as if my optimism and smile were bothering her…I’m sure her and the baby will quickly recover, I thought. After three months, my wife got stronger, she was better, but my new baby had passed, even though the doctors did everything they could. She was born in Serbia, and she had passed away here. She had never been to Afghanistan, or Iran, nor will she ever be in Germany, with us, the way we had thought and waited for…”

But life is pain and happiness. Akbar had felt both.

Happiness came there way once more…his wife had become pregnant once more, and recently they had their baby girl.

This time the baby was healthy and strong and brought them great joy and a new sense of hope/ Soon came the information that were placed on the list of families who would go to Hungary and that they would be relocated from the camp in Krnjaca, further north to Subotica.

“I allowed myself to laugh more…I like this country, I like these people, but it would be difficult for me to think about establishing a tailor shop here and that my family can live well from it…”

In Subotica, Akbar’s hope got stronger, “that we will go to Hungary” he says, and afterwards, it is as God wishes. “We believe that we will make our dream come true, that my kids will grow up in a safe and secure country, but we will always remember our time in Serbia, the people, the moments of heartache, but also the moments of joy…Akbar spoke to us during his last few days in Serbia.

They often spent time with us as they waited for that day. The entire family took part in a pantomime workshop, Akbar and his daughter showed lots of happiness during this game. The girl was dedicated to participating in an integration workshop with her peers in the elementary school she loved very much. Akbar was involved in all that brought him and his family closer to normal life and showed great confidence in our team.

He especially wanted to thank us after a tea party that we organized,  which his whole family was present for.

“We are very happy and grateful for your invite to this tea part. It is beautiful here, the atmosphere is nice. This is another world, something very different from what we had survived. Try to think about how much every interaction outside the refugee camps means to us with goodhearted people,” he told us something we sometimes are not aware of. How most of the time, little is needed to make people happy.

Akbar managed to get to Hungary. His end goal is Germany where he already has friends. Did he get there, we are uncertain. Maybe he will reach out. He deserves to have a normal life, because as Akbar says:

“Our journey was certainly long and tedious, but family gives a man the most strength needed to withstand it all…literally everything. And look, my kids are growing up as refugees. They are born as refugees…

Prethodno UN: “68.5 million displaced persons worldwide”
Sledeće Saber: I want to stay in Serbia and work, why would that be a problem?