Početna / w-Uncategorised / How much further?

Documentary ‘How much further’, filmed in Greece at the turn of 2011 In 2012 year, describes the lifes of refugees from the Middle East and North Africa who are looking for a safer life, passing through many countries without finding shelter. Some of their interviews describe life experiences and difficulties they are undergoing to fulfill the goal – safe life for themselves and their family.
On the way to safe countries of Europe they are being surprised by the condition and treatment in the country that, according to the regulations of the European Union, does not allow the retention nor further flow of migrants to Europe. At the same time without the funds and regulations for their care and support. In the example of Greece, the film points out the problems and difficulties migrants and border EU countries faced, that due to political, social and economic instability are not able to cope with it. 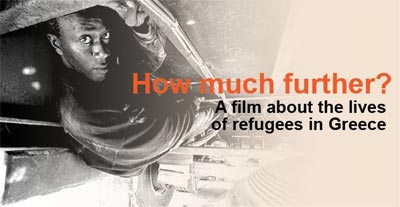