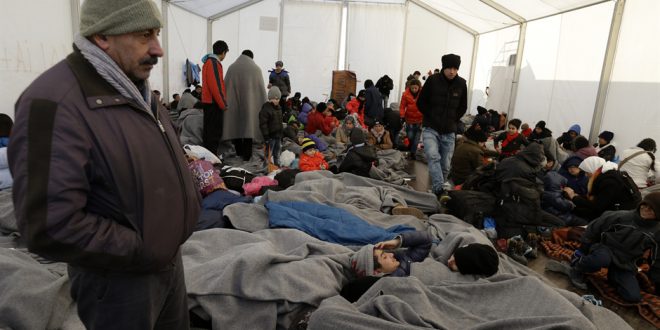 EU countries have taken only 5,651 asylum seekers from Greece and Italy

October 15 – A year after the agreement that 160,000 refugees from Greece and Italy will be relocated to other EU member stated by September 2017, the data is dissuasive. For a year, only 5,651 asylum seekers were taken in by other members.

France had the largest share in the redistribution of refugees, relocation 1,721 refugees from Greece, and 231 from Italy. The Netherlands relocated from the two southern members a total of 726 refugees, and Finland 690 writes EurActiv.com

According to the European Commission report, Austria, Denmark, Hungary and Poland have not received any refugees since launching the plan in September of last year.

In September, EU members took in over 1,200 refugees.

The plan to take in 160,000 refugees is already in a way revised, as the Commission had previously suggested that 50,000 migrants be relocated from the quota to meeting an agreement with ANkara in the part relating to the direct relocation of Syrian refugees from Turkey to the EU, which will significantly reduce the number of potential candidates to relocate asylum seekers from southern member states.

According to an agreement with Turkey, the EU will take refugees, primarily Syrians, from camps in Turkey. By agreement of March 18th this year, the members will receive for each returned migrant who illegally came to Greece, a Syrian refugee from Turkey. So far, 1614 refugees have been taken from Turkey in accordance with the agreement.