Početna / PRESS / OTHERS WRITE / Waiting Room in the Western Balkans

Waiting Room in the Western Balkans

Tabanovci, 27 January – The migrant river still moves from the south to the north – from Greece, via Macedonia and Serbia, to Germany. But things started to change and on that road they there are too many obstacles for refugees.

“Macedonia can not be a buffer zone or an EU external border, it would be a big mistake,” says Jasmin Redzepi of the humanitarian organization Legis in Skopje. This would be possible only if the country was admitted to NATO and the EU. In addition, he adds, there is great intolerance towards foreigners in the country: “When the refugees really had to stay here in camps, the scenes would have been as fast as before – before their transit was well organized.”

The Macedonian government, of course, is not against this idea, but this is the wrong strategy for Redzepi: “We can not now out of money laundering – or because of the desire to get closer to the EU – we are taking over the task that Greece should actually deal with. Greece is the external border of the EU, not Macedonia. ” And the relay race across the Balkan route still works, as is the case since last autumn.

The fence is lifted

On Monday, Idomei in Greece, a small group of Syrians, crossed the border with Macedonia after one day of waiting. Samir from Aleppo and his interlocutors were lucky: before the weekend, Macedonia temporarily closed the border fence – because Austria announced that it would introduce the upper limit for the number of refugees. It was possible, with the help of Hungary, and a few kilometers of the fence on the border with Greece were erected, and the border should gradually be closed.

And then the border units from EU countries could come and help refugees to refuse to leave Greece – so at least they were imagined by EU interior ministers. One delegation from Brussels is in Skopje, but will not give interviews on talks with the Macedonian government. So far, only Hungarian soldiers have been on the border with Greece. 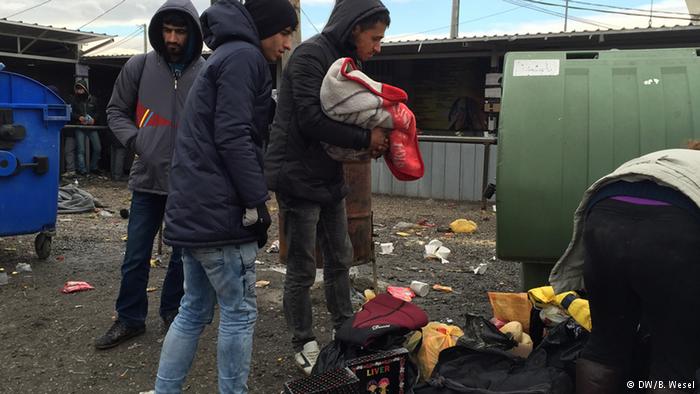 So far it has been decent on the Balkan route

Samir from Aleppo and his friends managed to get through – the procedure was routine: they showed their papers from Greece, they entered a train and went through Macedonia. Four hours later, they arrived at the transit camp Tabanovce on the border with Serbia. Transit through the Balkans will continue. On the organized “illegal border crossing” in Serbia one helps? he counted about 1,200 newcomers, and said that by the evening they would be a total of 2,000.

During the autumn, UNHCR equipped a large camping tent that heated and installed the toilet draining and food dispensers. The refugees are warm overnight. There are also baby boots, sleeping bags, and spare shoes and warm jackets. Helping to care for women and children. 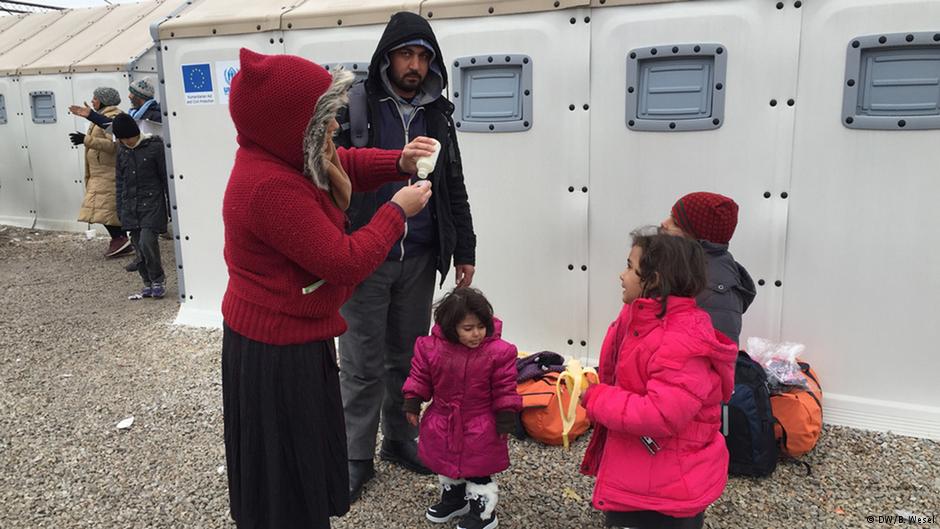 Tabanovce has many children: it seems that only families are currently coming from the infected areas in Syria and Iraq. Two-year-olds hugging their mothers holding hands, one father walking on the platform with his baby, four weeks old, wrapped up. Such images are seen on all sides. All children have to go alone two kilometers less than the country to the checkpoint at the Serbian border. Sometimes a little child cries, but most of the kids stand in the mud.

“We do not know anything about a political conflict”

Samir learned via the Internet about events in Cologne during New Year’s Eve. But he does not know anything about the plans of the European Union on the possible closing of the borders. “If some refugees did something wrong, they should be repulsed,” he says, “but why would everyone be punished?” In addition, he heard that they were Moroccans, not the Syrians.

He adds that he can not imagine he will remain in a transit camp in Macedonia when the Balkan route is closed. “There is nothing here for us.” He wants to go toGermany, as well as others who are on the platform in Tabanovac. When they heard us journalists talking, they cried: “Allemania, Allemania!” 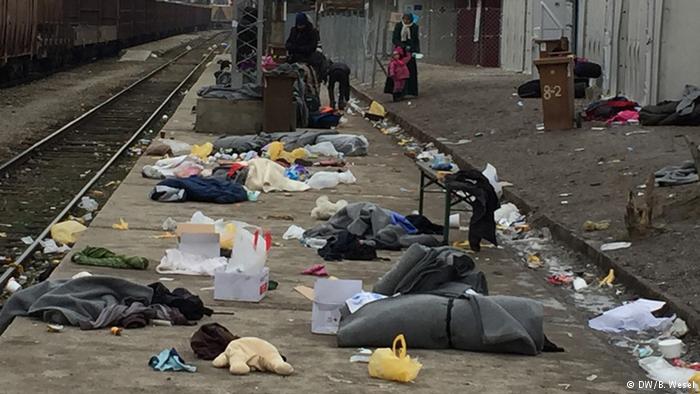 Samir also had a dramatic experience. When he was crossing from Turkey to Greece, he saw the the drowning of rubber boats – 20 refugees drowned. “It happened very slowly, about 20 minutes, and nobody from the Coast Guard was close to helping. It was the worst part of the trip; Later, everything went well. Among the people in the train there are many Syrians and many Kurds, but also members of other nations: “There are also some who have bought false papers. I do not know where … some of the police find us, some – no. ” No harm: controls are superficial, here cops can not recognize false travel documents.

The last station for the Libyans (and many others)

Two youths from Libya sat in one on one. For Bilal and his friend Sufyan, this is the last stop. When they left Tobruk two months ago, they did not know that Macedonia would allow only Syrians, Iraqis and Afghans to pass. Through the Greek border they were transported by smugglers. But now the two of them are depressed, because they know that they are stuck For weeks here, “We do not know where to go”. Last night, a Libyan attempted to break through the forest to the Serbian border. “But the police arrested him,” Bilal says.

He adds that there are too many police here, and that over the “green border” maybe it can be crossed, but far beyond the place where we are. But this is a rather impenetrable land, and the two have no more money. In the tent UNHCR is at least warm and has something to eat. These two Libyans are in a rather endless situation: if they fail to get money to pay for the smuggling, they stay here in Macedonia in the country.

Prethodno Denmark wants to move refugees to special camps outside cities
Sledeće Džihan al Khazen: The bad guys among the refugees have to be punished