According to the report of the international non-governmental organization Human Rights Watch – “Containment Plan: Bulgaria’s Pushbacks and Detention of Syrian and other Asylum Seekers and Migrants”, which was released a few days ago, the Bulgarian government has launched a “Containment Plan” to reduce the number of asylum seekers in the country. The plan has been carried out in part by summarily pushing back Syrians, Afghans, and others as they irregularly cross the border from Turkey.

The report documents how in recent months Bulgarian border police, often using excessive force, have summarily returned people who appear to be asylum seekers to Turkey. The people have been forced back across the border without proper procedures and with no opportunity to lodge asylum claims.

It is also stated that Bulgaria should end summary expulsions at the Turkish border, stop the excessive use of force by border guards, and improve the treatment of detainees and conditions of detention in police stations and migrant detention centers.

“Slamming the door on refugees is not the way to deal with an increase in people seeking protection”, said Bill Frelick, refugee rights program director at Human Rights Watch. “The right way, simply, is for Bulgarian authorities to examine asylum seekers’ claims and treat them decently”. 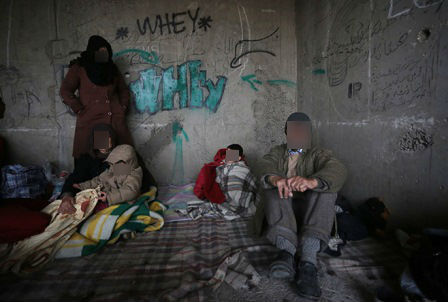 In recent times, Bulgaria has not been a host country for significant numbers of refugees. On average, Bulgaria registered about 1,000 asylum seekers per year in the past decade. That changed in 2013 when more than 11,000 people, over half of them fleeing Syria’s deadly repression and war, lodged asylum applications. Despite ample early warning signs, Bulgaria was unprepared for the increase. According to the report of the Ministry of Interior of Bulgaria, published on February 5th, 2014 the Bulgarian authorities were completely unprepared for the forecasted refugee flow and therefore were not able to provide the proper reception of refugees.

Bulgaria failed to provide the basic conditions for the reception and accommodation of refugees during 2013, including adequate food and shelter at reception centers. Besides that, features of the asylum system of Bulgaria also have been inadequacies in asylum procedures, including long delays in registering asylum claims, poor detention conditions and brutal treatment in detention centers, shortfalls in its treatment of unaccompanied migrant children, including failure to appoint legal guardians and an absence of viable programs to support and integrate recognized refugees.

In early November 2013, the Bulgarian government established a new policy to prevent irregular entry at the Turkish border. This “containment plan” entailed deploying an additional 1,500 police officers at the border, supplemented by a contingent of guest guards from other EU member states through the EU’s external border control agency, Frontex. Bulgaria also began building a fence along a 33-kilometer stretch of the Turkish border.

Human Rights Watch interviewed 177 refugees, asylum seekers, and migrants in various locations in both Bulgaria and Turkey. Of these, 41 gave detailed accounts of 44 incidents involving at least 519 people in which Bulgarian border police apprehended and returned them to Turkey, in some instances using violence.

Abdullah, an Afghan asylum seeker interviewed in Turkey in January 2014, said that the Bulgarian border police began beating him immediately after they caught him and a few of his companions.

“After beating me, the police brought me over to their superior who ordered the soldiers to beat me again. First, he beat me with his fist in my stomach and then with the butt of his gun on my back so I fell down, then he kicked my ribcage while I was lying down. One of my bones in my lower back is broken. They kept beating my head and my back, first one soldier and then another. I tried to escape but they caught me and beat me even more. I wasn’t even thinking about pain, all I was worried about was my wife and child, because we split up before the police caught me”, said Abdullah.

Abdullah added that the police drove him and his companions for about 35 to 40 minutes after which they stopped and continued walking about 200 meters. During the walk, police continued to beat him all the way until they reached the border with Turkey. The Bulgarian police officer then showed them the direction to Turkey and ordered them to return back to Turkey.

The European Commission has launched infringement proceedings against Bulgaria, calling on it to answer allegations that it broke EU rules by summarily returning Syrian refugees without giving them the possibility to apply for asylum in Bulgaria.

According to Eurostat data for 2013, Bulgaria is on the first place in Europe by the number of approved applications in the first instance. The positive decision, ie. granted protection, was adopted in 2,460 (87.5%) of the 2,810 first-instance decisions on asylum claims in Bulgaria.

The full report can be read at the following  link