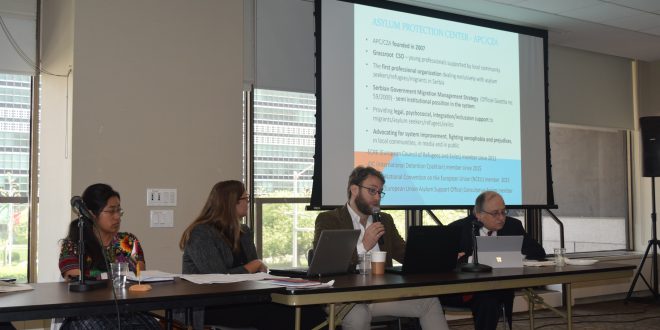 New York, May 20 – The fourth round of negotiations between the UN member states on the draft Global Compact on Safe, Convenient and Regular Migration was followed by other panels focusing on all the major issues raised during the negotiations, such as the issue of international cooperation, capacity building, safe roads for regular migration, the issue of fundamental human rights, integration …

Our organization has gained considerable space in the UN forum to present its own experiences, perceptions, analyzes, attitudes, explanations and offer of end-of-life proposals for resolving certain problems and principles in working with migrants, asylum seekers, refugees in the field and in local regional specific context.

Together with representatives of organizations from Latin America – Guatemala and Colombia, APC / CZA presented its own experiences, views, examples of good practices that it gained in its work in Serbia on providing legal, psychological, social, refugee, migrant, asylum seekers and to all those who fled their countries of origin and came to Serbia, the last stop before entering the EU countries and the Schengen zone.

Our representative introduced the participants to the migration process through the Balkan Peninsula with a special emphasis on asylum, the position and protection of refugees and asylum seekers, analyzed the reasons why many people are trapped in the Balkans and Serbia, and the risks to which these people are increasingly exposed .

We also pointed to possible trends in the future when it comes to migration across the Balkans and Serbia, but also on the necessary urgent reactions and the construction of the system that would enable clear, legal, arranged migration and stay of people in Serbia as the country that is the EU lobbing is located deep in the center of Europe.

With Serbia as an example, representatives of many non-governmental organizations and state representatives who attended the panel were able to make parallels with many countries located on the periphery of landscaped and destination countries, which will inevitably in the future take on significant intercontinental migration approaches and all the problems that accompany it.

The increasing migration burden on the backs of these transit countries leads them to have to find appropriate policies and solutions in order to succeed in overcoming the new circumstances in the best and most sustainable way, avoiding scenarios that contribute to tensions, conflicts, the growth of prejudice and xenophobia, growing abuse or violence, which is by no means a scenario that can assist these countries in dealing with intercontinental movements of people.

Otherwise, the Global Compact on Safe, Ordered and Regular Migration draft is a result of the desire of member states to establish common understanding, shared responsibilities and attitudes regarding the phenomenon of contemporary migration and the principle of reaction to it, which is acceptable to all UN member states, And that this global agreement is the basis for all future documents and agreements that the member states adopt under the auspices of the UN, in the way that the UN Universal Declaration of Human Rights of 1948 served as the basis for the adoption of other declarations and conventions human rights within the UN to date.

Members of the United Nations, as early as September of last year, are aware of the proportions of the global migration process (legal, irregular, labor, economic and other reasons caused by migration) in the modern increasingly difficult connected world, adopted the New York Declaration on Migration promoting lifestyles, protecting the rights and the sharing of global responsibility in the area of migrants and proposed a conclusive plan on how to start negotiations with the countries, formulate a series of guidelines and share the burden of global migration with the goal of reaching a common Global Migration Agreement by the end of 2018. 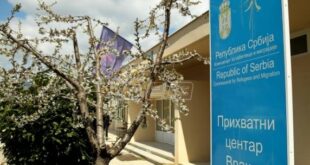