Serbia like the station of recovery for asylum seekers

Overabundance in the asylum center in Bogovadja is no longer a problem. Unlike a few months ago, when the migrants slept in the woods, the situation in the center is much better now.

Unlike a few months ago when the asylum center in Bogovadja was overcrowded and the migrants were sleeping in the woods, the situation these days is much better. Winter passes and the migrants who arrived in Serbia are ready to continue with their journey.

Asylum seekers, who seek a better life, spend several months or even years on the road. 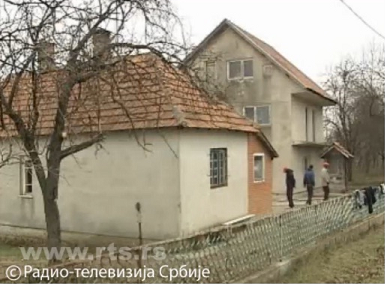 House in the village Vracevic where the asylum seekers are accommodated

“My plan was to go to Sweden, but now, after many years of traveling, I’m not anymore sure,” said Ibrahim from Afghanistan.

Mohammed from Somalia said that he was sick when came to Serbia, but he was given help and he is now feeling good.

During his stay in Bogovadja, little Mehadin from Somalia spends his time watching cartoons and going to the local school.

Most of the asylum seekers start their way to Europe from Somalia, Afghanistan, Eritrea and Mali. In Bogovadja they find temporary protection while trying to reach Italy and the Scandinavian countries.

Manager of the center for asylum seekers in Bogovadja, Stojan Sjekloca said that most of the asylum seekers arrive in Serbia from Macedonia, Albania, Montenegro and Kosovo.

“Usually they feel bad, they are exhausted, with worn clothes and shoes. Seems like they see this center in Serbia as a good stations to recover and continue their journey,” says Sjekloca.

Due to lack of space in the center for asylum seekers, 60 migrants are staying in a temporary shelter, a rented house in the neighboring village of Vracevic where the conditions are much worse.

The villagers say that asylum seekers do not bother them and do not cause them problems.