Početna / CURRENTLY / EUROPE AND MIGRATION / PRESS RELEASE The asylum draft bill violates international, EU and national law and exposes thousands of asylum seekers and refugees, the majority of whom are women and children, in high risk 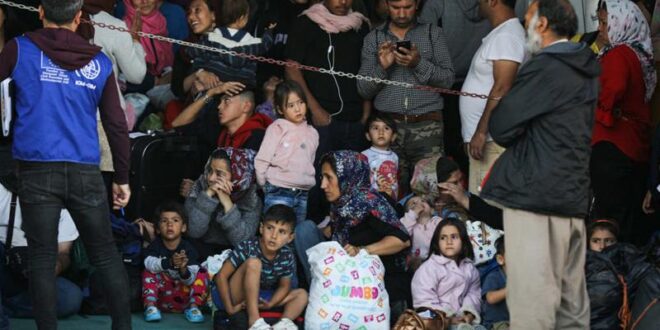 PRESS RELEASE The asylum draft bill violates international, EU and national law and exposes thousands of asylum seekers and refugees, the majority of whom are women and children, in high risk

Athens, October 23, 2019—On the evening of October 21, and mere hours after the just 5 day-long public consultations were concluded, the draft bill “on International Protection” was submitted to Parliament through the urgency procedure.

The Greek Council for Refugees (GCR) underlines that the proposed draft bill leads to the blatant undermining of fundamental guarantees and rights of refugees and asylum seekers, in violation of international, EU and national law, as well as the principle of non-refoulement.

-Basic guarantees about the “fairness and effectiveness” of the asylum procedure are abolished, especially given the completely insufficient system of free legal aid and the systemically dysfunctional administration (indicatively: the shortening of deadlines within which asylum seekers can exercise their rights, fast-track procedures of application examinations, limiting of the applicant’s opportunity to consult a lawyer before the examination of their application, abolishing of the right of continuation of the procedure, the interruption of which is often due to inadequacies of the administration etc.)

–Τhe automatic suspensive effect of the appeal against the first instance decision is abolished for extended groups of asylum seekers, exposing them to the risk of being returned to countries where their lives are in danger, before the asylum procedure is completed, in direct violation of EU legislation.

–Τhe right to an effective remedy is removed, as procedural and substantial obstacles prevent applicants from exercising it (among other things, the applicant is required to cite specific reasons for appealing, on pain of inadmissibility, something which cannot happen without legal aid).

– Issues of constitutional legality are raised with regard to the Appeals Committees consisting exclusively of judges, as well as the delegation of single-member body administrative duties to a member of the judiciary, according to the case law of the Greek Council of the State (The Greek Administrative Supreme Court).

-The imposition of detention is generalized, indiscriminately, even on vulnerable people, victims of torture and violence, sick people, even children, and the automatic judicial review of the decision to impose/prolong detention is abolished, “to relieve the burden of administrative authorities and courts”.

-The geographical restriction of asylum seekers is generalized, for the implementation also of the EU-Turkey statement, without any individualized assessment regarding the possibility of imposing this measure and without the possibility of a judicial review of the imposed measure, in violation of EU law and Art.13 of the ECHR.

–Asylum seekers are asked to accomplish the impossible, as they are required to comply with “duties to cooperate” with the authorities, duties which they cannot possibly fulfill, on account of existing dysfunctions in the system, under penalty of their applications being rejected even on their merits.

-Among other things, the following should also be noted: the complete lack of provisions for integration, the attempt to legislate the push of refugees to homelessness, the restriction of the asylum seekers right to labor, the undermining of the right of beneficiaries of subsidiary protection to remain in the country and the violation of the right to family unity for recognized refugees.

With the submitted bill, not only are the real and systemic problems of the Greek asylum and reception system not resolved (for example understaffing of competent services, with delays to the asylum procedure as a consequence), but the rights of asylum seekers and refugees are also circumvented, while the increase of returns is prioritized, without safeguarding the guarantees imposed by international and EU law.

The Greek Council for Refugees calls on the Greek state to re-examine the suggested provisions and to safeguard the rights of asylum seekers and refugees, respecting its obligations which derive from international, EU and national law, in the context of the rule of law.

For GCR’s full comments on the draft legislation follow this link:

Prethodno Joint Statement on push-backs practice across EU-Balkans migration routes
Sledeće PRESS RELEASE – The asylum draft bill violates international, EU and national law and exposes thousands of asylum seekers and refugees, the majority of whom are women and children, in high risk