October 18, 2019. – Joint statement of the Coalition for Rights and Wellbeing of Forced Migrants along Euro-Balkan’s Routes

In the Balkan countries, along the migrant routes, pushing of people from one to another neighboring country and more often chain pushing backs of people through more states, have become common practice.

So-called pushbacks are happening on a daily basis across Balkan’s countries, often with the use of force, seizure of personal belongings, harassment and humiliation of refugees and migrants.

Especially concerning issue presents the fact that children and unaccompanied minors are victims of above-mentioned practices, who are together with other asylum seekers often denied access to fair asylum procedure.

These actions are usually conducted by the border police, during the night, but also more and more often in the daytime.

According to the APC data, from the beginning of the year until September 19th, it is recorded over 1256 individual pushbacks to Serbia from neighboring countries, mostly from Croatia (over 472) and from Hungary (over 485).

The public is almost completely unaware of this practice. It is not much spoken about that in the local media either. Due to the scale of inhuman and illicit treatment towards one of the most vulnerable group of people, such as refugees and migrants, that exceeds experiences from the previous years, it is necessary to make an urgent appeal concerning competent institutions to halt actions in which refugees and migrants are becoming not only victims of the smugglers, but also victims of the state officials.

Many of the refugees are coming to the Balkans and are moving along the Balkan routes in search of protection from the violence and persecution in their countries of origin. They don’t have a place where they can return because their homes are destroyed and their lives endangered due to the violence and persecution done by various armed groups. Among them, there is a multitude of children and women, but also teenagers and young people chasing better and more peaceful life.

None of them deserves to be exposed to the violence, brutality, nor to the cruel and humiliating behavior from anyone and certainly not from the state representatives.

The mentioned conduct of the border police can be seen as the unlawful attempt of controlling migrations. Nevertheless, the alternative does exist, and lies in implementation of the existing laws and legal procedures, that comprise free access for the migrants, functioning asylum system and functioning asylum procedure.

We appeal to the state institutions to respect their domestic and international laws and to implement them.

We appeal to the international organizations to strongly condemn same unlawful, violent, inhumane “push-back” and “denial of access to asylum” practices and to initiate all available mechanisms in order to support mentioned governments to take measures to prevent and stop these practices confronting European civilization values the and values of the time we live in.

According to the Asylum Protection Center data, in the first half of 2019, more than 16 000 migrants and refugees entered Serbia with 37% being women and children. In any moment, more than 5000 migrants are located in Serbia, out of which about 3000 accommodated in the state centers while others staying in alternative accommodation, in the open, along borders, in urban areas. Hundreds of migrants are daily entering Serbia from North Macedonia, Kosovo, Montengro, while hundreds of migrants are at the same time trying to leave Serbia northwards and westwards to Croatia, Bosnia, Hungary and even Romania. In the period from 01/01/2019 to 31/08/2019, 7396 persons expressed asylum intention in Serbia, while 14 persons were granted refugee and 15 persons were granted subsidiary protection.

In Croatia, according to data that Centre for Peace Studies obtained from the Ministry of the Interior, 3463 persons were evidented entering country and 482 persons were returned, in the period from 01/01/2019 to 25/07/2019. Moreover, 1198 persons sought asylum and 134 persons were approved with international protection in the first 9 months of 2019.The discrepancy between the statistics collected by the MoI is visible and the question arises as to what happened with the difference of more than 1000 people in these statistics. This also supports the testimonies of refugees and warnings from domestic and foreign organizations and institutions about illegal expulsions (pushbacks) and violence perpetrated by the Croatian police. There are no effective investigations or sanctions on those responsible.

In the Republic of North Macedonia, according to the data from NGO Legis, 15 695 refugees were prevented to enter in the country and were pushed back to Greece in the period from 01/01/2019 to 31/08/2019. More than 3025 persons were detected in the country being irregular in the same period, while the total number of smuggled people is estimated to be significantly higher.

In Italy, data collected by ICS in the Friuli Venezia Giulia region shows that, from 01/01/2019 to 15/09/2019, 5526 migrants asked for asylum entering Italy from Slovenia and using Balkans routes. During the period from January to July 2019, ICS recorded worsening of the psycho-physical conditions of the people who were coming via the same route. Many of them reported being abused (physically and verbally) by police forces who they came across in the Balkans, especially by Croatian police forces. Some of the refugees testified to be subjected to chain push backs from Slovenia and Croatia towards Bosnia and Herzegovina.

Prethodno Europe migrant crisis: Calls to redistribute migrants as arrivals rise
Sledeće PRESS RELEASE The asylum draft bill violates international, EU and national law and exposes thousands of asylum seekers and refugees, the majority of whom are women and children, in high risk 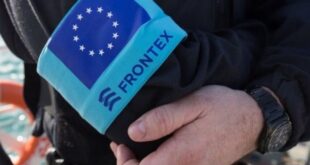