Početna / ASYLUM STORIES / Migrants Kicked Out of Adasevci, With The Help of APC Returned To Camp 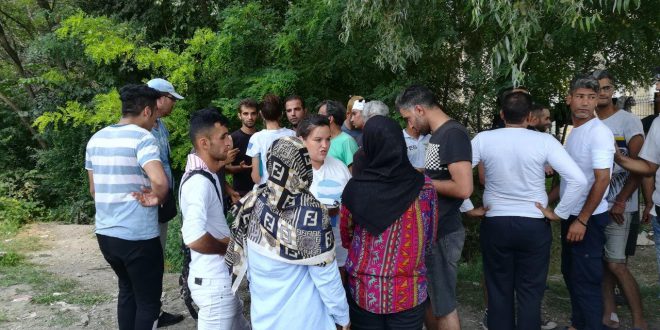 Migrants Kicked Out of Adasevci, With The Help of APC Returned To Camp

ADASEVCI, July 31st – During our regular visit to the Reception Center this morning in Adasevci, our team found an upset group of migrants in front of the camp from Iran, among whom there was one woman and one unaccompanied minor. They proceeded to tell us that nine of them were kicked out of the camp last night. Sitting on blankets they laid on the path in front of the camp, having nowhere else to go. They told us that they had been thrown out because of a fight that happened the night before between groups from Afghanistan and Iran. After which, they say the manager of the reception center had thrown them out. (English version below)

Our team collected information about the event and provided the first psychological help to these individuals, consoling them and informing the Center for Social Welfare in Sid that amongst those without accommodation was an unaccompanied minor boy.

Particularly distraught was a woman who had spent the night in the parking lot between the highway and the forest, alongside her husband, who said that he had been battling with depressing in Iran as well.
The police from Sid soon came, among whom was also the inspector for foreigners.

Our team insisted that the migrants receive accommodation because they are exposed to security, health and humanitarian risks in such a situation, particularly the vulnerable cases of women, unaccompanied minors and those with mental and emotional distress. At the same time, reception centers such as the one in Adasevci, are intended for the reception of migrants for who it is not necessary to seek asylum in Serbia.

What was especially worrying for our team was that the migrants from camp were selected by the staff of the Commissariat for Refugees. The camp manager also claimed that these people did not want to enter the camp. We asked the migrants, who collectively answered the opposite that they wanted to receive accommodation in the camp.

The police took statements about the event, proceeding to teach the migrants about respecting camp rules and living in shared collective accommodation. Then, the police representatives spoke with the camp management and all migrants were further admitted into the accommodation.

The refugees had been very grateful to our team for our intervention and help in a crisis situation. A number of refugees gathered around the group that had been kicked out to show solidarity with them and help them.