Početna / PRESS / OTHERS WRITE / Expelled from the EU, Desperate Syrians return to Syria 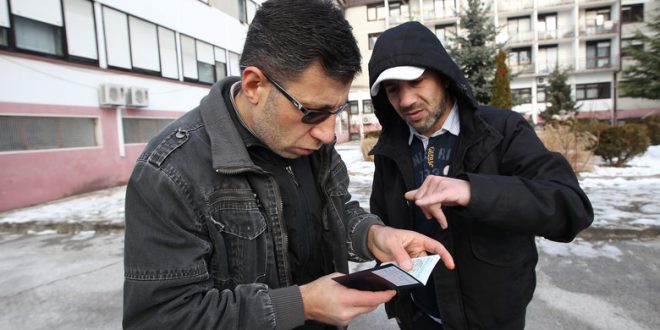 Expelled from the EU, Desperate Syrians return to Syria

23.1.2017 -“I wish to return to Syria, because this kind of humiliation is not necessary. I regret leaving. I spent all that I had, more than 6 thousand dollars and now I’ll go back without anything and start from the beginning” said Mohamed Jalaleddin Nakchabandi, who was returned from Germany 15 days ago and is located in Hotel Porin. “It is true, you’d rather die in your own country than live such a humble life.”

Namely, Croatia was again hit by a new wave of refugees, but this time from the West. European countries started returning migrants registered in Croatia for their passage through the Balkan Route. Most migrants return from Germany, because Angela Merkel, due to increasing pressure, re-activated the Dublin Agreement, which had been suspended, again activated Germany and started the return of migrants to Croatia.

– I went through the Balkan route through Croatia and for 14 months I was in Germany, where my asylum application was rejected, so I had to return to the first EU member state I had entered in. As the Germans explained to men, the refusal of asylum and return to Croatia is in line with the Dublin Agreement, because I, according to them gave fingerprints in Croatia. However, in Croatia, I did not give fingerprints until several days ago when I was questioned. Even if the policeman was amazed when I gave my fingerprints because I was not registered at the time of my passage or until now.– says Nakchbandi and adds that the lawyer in Germany explained that the Red Cross, which listed all the people who passed the Balkan route, and organized their departure, handed over the list to all EU member states that are acting and returning everyone back to the first country they entered.

-What is worse, is that Croatia is not ready for a large wave of migrants, a search for conditions, which European countries will surely return to them. In Porin, where we are, the conditions are catastrophic. There are five of us in a room, from different countries, often leading to disagreements, theft and fights. We get 100 kunas a month, which is not enough for coffee alone. I am sure that more than 20% of those who entered through Croatia will be returned.  People who already knew have come back with me and received stay and asylum, but, as they say, because they entered through Croatia and here they left fingerprints, they must return to this country – said Mohamed.

According to MUP data, as late as 2016, for a total for 3493 migrants who crossed the Republic of Croatia, had other EU countries announcing returns to the country in accordance with the Dublin Agreement. However, this figure could be much higher given that everyday EU countries return migrants to Croatia.

Syrian Mohamad Alali Hussein, who, two months ago, for the same reason as Nakchbandi returned to the public of Croatia, from Austria, claims that there are many people in Porin Hotel that they are sleeping on mattresses in the corridors and creating lines for food.

– My dreams of life Europe have been destroyed, and my reality is to return to my country to live dignifiedly regardless of all of the difficulties. For a year I was in Austria and I listened to the same story. They say that I gave fingerprints in Croatia, which is not true – Hussein claims, adding that they have returned him to Croatia, which has no prospects nor is prepared for the arrival of migrants.

Via Italy to France

– I lost all of my savings. In the meantime, my wife past away who was waiting with our 14 year old daughter behind me. Not only are they returning individuals, but families as well. Since I have been in Croatia, more than a thousand migrants, most Syrians have been returned. A few days ago, several whole families were returned to Croatia. Everyone’s running away again. No one wants to stay in Croatia – Hussein is disappointed, who learns that every group of five or ten people goes to France through Italy.