Over the last 48 hours, Italian naval and coast guard vessels rescued more than 2000 migrants traveling in boats from North Africa. The migrants have been provided accommodation in a refugee camp in the island of Lampedusa.

The report came only a day after 500 people forcefully entered Melilla, a Spanish enclave in North Africa, on 18 March 2014.

On 19 March, the Italian Navy announced that 2128 migrants had been rescued near the southern coast of Sicily, including 596 people who were rescued on 17 March. The rescue operation has also involved three merchant ships. 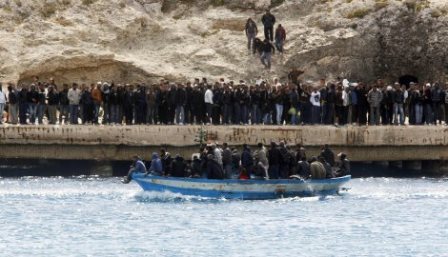 According to the latest information from Frontex, the European Union agency for external border security, more than 20 000 people illegally entered Europe through Lampedusa and other parts of Sicily during the third quarter of 2013 alone.

Italy has stepped up naval and air patrols off the coast of Sicily since hundreds of migrants drowned in 2013 in two separate incidents near Lampedusa.