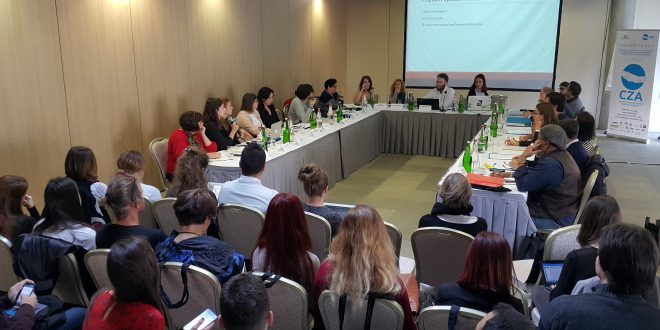 International Conference on the Integration of Refugees was held in Belgrade 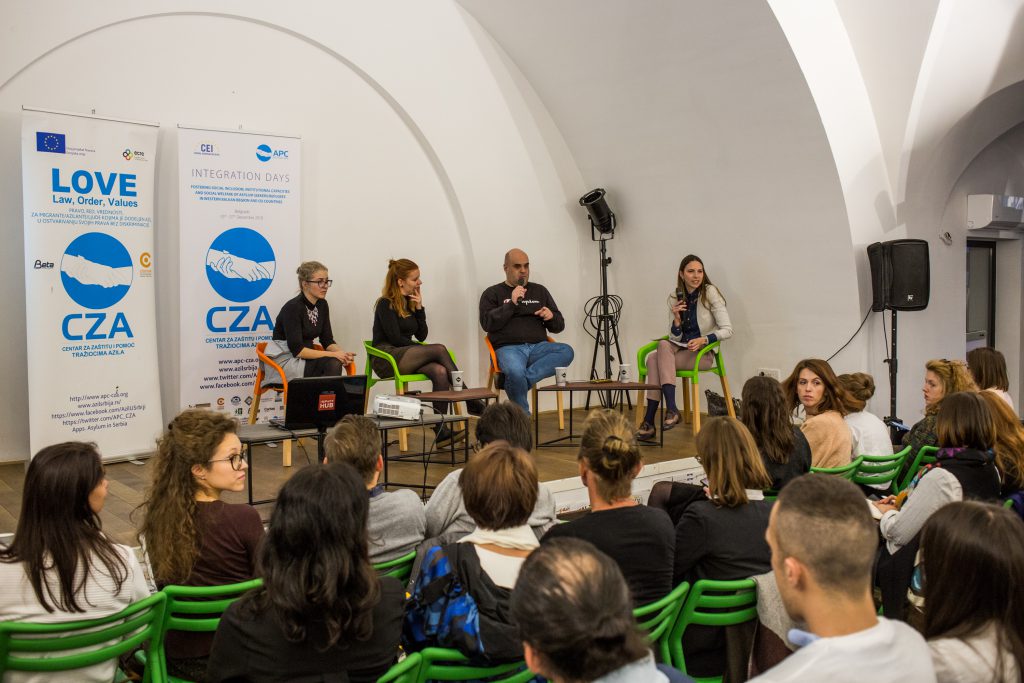 BELGRADE,December 10– Asylum Protection Center organized an international conference on the challenges surrounding the integration of refugees in the Balkans and the EU from December 5-8 2018, in Belgrade.

The conference brought together experts and representatives of organizations and local governments from Serbia, Macedonia, Croatia, Bosnia, Romania, Bulgaria, Italy, Austria, SLovenia, Czech Republic, Poland, Hungary, who exchanged their experiences and practices on the integration of refugees in their countries, and future challenges. The conference further discussed the challenges of integrating refugees into the local community, the importance and influence of the media and social networks in the process of informing local populations about who refugees and migrants are, why they are in the local community, and the need for their involvement within the community.  They spoke and exchanged experiences on the legal frameworks in which refugee integration is taking place, on the concrete steps and on what to do about the difficulties, incentives and obstacles.

The common challenges faced by almost all countries were assessed by the participants in the conference: enhanced anti-migrant rhetoric, local political discourse, the actions of political groups against the acceptance of refugees, as well as insufficient information on the reasons for refugee arrival, their needs, and the consequences and vulnerability of these vulnerable groups of people, alongside the absence of verified and objectified information –

All of this has a manipulating negative impact on local populations, and the citizens are put into a situation where they only interact with each other, creating an atmosphere of prejudice and fear, whilst enabling xenophobia.

According to participants of the conference, the ineffective functioning of administrative sectors, which due to their lack of capacity and will, do not apply existing regulations on integration in the manner envisaged by the law, so integration is often inefficient or incomplete – so people remain within the process, become invisible or “ghettoized”, next to the citizens and not with them.

Likewise, a number of legal changes in some European countries, when it comes to migration, put local authorities, organizations, systems, citizens… in a dilemma of how to adequately address the needs of refugees in integration and the very functioning of the entire system of asylum and acceptance.

It was concluded that ignorance and a lack of information constitute a special problem when it comes to establishing communication, and the local integration of refugees. Furthermore it is important to familiarize refugees with local culture, customs, language, history, laws and environments they are arriving in. At the same time, the local population should be aware and informed of the reasoning behind the arrival of refugees, the situations occurring in their countries of origin, the dangers from which they fled, their fears, and customs…Integration is a mutual two-way process and through understanding and acknowledging cultural similarities it can be facilitated.

A unique conclusion is that the most important actor in the integration process and the conditions for its successful implementation, are local municipal governments in the cities where refugees are residing. Only they know the degree of challenges that stand before them because they live with these persons, and have the responsibility of dealing with refugees on their shoulders. As on of the imperatives of successful integration, it was concluded that timely information is necessary and the responsibility and understanding of the media looking into this problem, so that the information addressed to the citizens would be as objective as possible. Local organizations need to further inform local citizens about the problems refugees face as much as possible and encourage developments of social contact and communication between refugees and local citizens in the communities they live in. In this process, all citizens play a significant role, but of particular importance are youth and youth organizations.

Based on the experiences and discussions exchanged of current problems in refugee integration, during the conference, the position of centralization in migration and integration is neither a realistic nor sustainable solution.

Prethodno The Rise of Anti-Refugee Rhetoric in the Western Balkans and Central Europe
Sledeće Djurovic: About 400 migrants staying outdoors