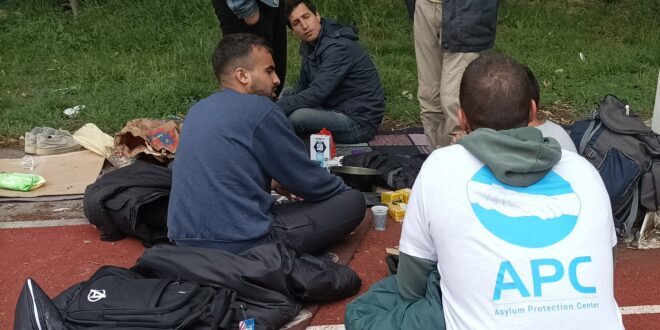 Growing number of refugees in Serbia; lack of accommodation

Belgrade, August 23, 2022– More than 10,000 refugees reside in our country at any given moment, mostly from Asia and North Africa, and since the beginning of the year, in seven months, more than 65,000 people have passed through Serbia, of which the largest number managed to go further west, said Radoš Đurović, executive director of Asylum Protection Center.

Đurović states for Tanjug that the accommodation capacity of the Commissariat for Refugees and Migration is 4,500 people, which is the reason why many find private accommodation, but there are also those who remain living rough. He points out that the situation is particularly difficult in the north of the country, where more than 3,000 people are outdoors every day.

In addition, as he says, we also have a situation where Hungary “pushes” at least 600 people back to Serbia every day apart from the readmission agreement, and on weekends that number goes from 1,000 to 3,000 people.

“The pressures on that border are increasing, in such a situation there are not enough accommodation places in the camps, they are limited. On the territory of Vojvodina, the capacities are limited, even when people are admitted to the camps, they stay in tents in the camps where very few people have decent accommodation for this situation and weather conditions, especially for the period that follows, which is autumn and winter. Only Sombor, Kikinda and Subotica are camps on the territory of which hundreds of people are staying who are not in solid accommodation, they do not have a roof over their heads, but there are hundreds of people in tents on the territory of the camps and in the forests around those centers,” said Đurović.

Most refugees in Serbia come from Afghanistan, about 40 percent, then from Syria between 18 and 20 percent, 15 percent from Pakistan, 10 from North African countries, and the rest from the Middle East, Africa and other countries.