Početna / CURRENTLY / LATEST / Growing number of refugees in Serbia; Every 78th person evicted from their home 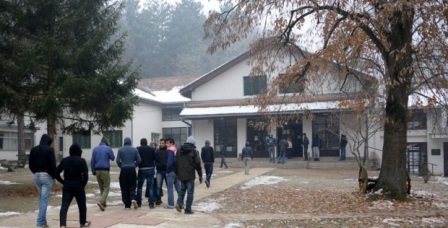 Growing number of refugees in Serbia; Every 78th person evicted from their home

Belgrade 06/20/2022– World Refugee Day is celebrated today, and as Radoš Đurović from Asylum Protection Center states, the number of refugees has been increasing in Serbia since the beginning of the year.

The majority of them, as he says, are coming from Asia and Africa.

As Đurović stresses for Tanjug, the 40 percent of refugees in Serbia are from Afghanistan, but there is also the number of people from Syria, Somalia, Bangladesh, Pakistan and India.

When asked is there a chance that the accommodation capacity on the Balkans is filled up with refugees in summer, Đurović states the influx and efflux of people are aligned, so it is not going to happen, due to the stable number of refugees in Serbia.

‘Although there are more than 250 people which enter daily in our country, there are also constant attempts to leave Serbia, in the north of country. Regarding our data, the regular number of refugees in our country is somewhere between 5000 and 6000 people’, said Đurović.

Đurović says it is up to the attitude of neighboring countries, EU members, how much time the refugees will spend in Serbia, and points out that daily about 500 people are being returned into our country from the EU borders.

‘If these pushbacks and halts on our borders continue, it will lead to the congestion and acute humanitarian situation for the refugees and local communities they inhabit’, said Đurović.

He stated that summer period is favorable for the migrations, because it is easier for people to move, and despite the attempts, experiences from the field show that migration is not getting any slower.

He added that the number of refugees from Turkey is increasing dramatically, although many countries along the Balkan route are putting up fences in order to prevent them getting through. Apart from them, it is also notable the influx of refugees from Ukraine, because since the conflicts have started, 40.000 of them entered our country, and more than 8.000 people are registered in our country.

‘Those are not small numbers for our country, and it is worth mentioning that many of those people are staying in the private accommodation, that they are getting by and the reception centers of Commissariat for refugees and migration are not overoccupied, which was expected in the first phase of this conflict and Ukrainian refugee situation’, stated Đurović.

Đurović points out that migrant status in Serbia needs to be resolved as soon as possible, and that the priority should be the facilitation of access to the job market, so they can get by and make money.

When it comes to the asylum seekers in Serbia, Đurović states that since the beginning of this year, 1600 people applied for that and only the two of them obtained it. That, he indicates, shows the asylum system is not functioning, which means that most of the people in our country are not in the regular legal position.

Unless their status gets regulated, Đurović says that the temporary protected status of limited character should be considered first and foremost for the people from Afghanistan and Syria, as well as for those from Asia and Africa.

‘Tolerating their irregular staying in Serbia is dangerous, for the position of those people, and also for our citizens and the local community’, stated Đurović.

Every 78th person in the world evicted from their home

World Refugee Day is celebrated today in the situation worst than ever, on a global level, because the number of forcibly displaced people reached 100 million, says Mirjana Milenkovski, the media representative from UNHCR office in Belgrade.

The number of forcibly displaced people reached 100 million, which means that every 78th person is evicted from their home, no matter if they crossed the borders of their country, and now they are refugees, or they are internally displaced within the borders of their country fleeding from conflicts or they are apatrids who were forced to leave their homes due to violence, persecution and the violation of human rights.

She stated that according to Commissariat for refugees and migration, the number of refugees in Serbia is somewhat over 6.500, from which 80 percent of the people are placed in collective accommodation, asylum and reception centers.

She stressed out that the largest number of refugees, placed in the reception centers in Serbia, are coming from Afghanistan and Syria, but also from Pakistan and African countries, mostly from Burundi, who seek refuge and help in our country.

Regarding the refugees from Ukraine, according to the Ministry of Internal Affairs data, about 40.000 Ukrainians have entered Serbia in four months, said Milenkovski.

They are recognized at the borders and they have the possibility of collective accommodation in Vranje and Obrenovac. According to data from Commissariat, 71 person has stayed in Vranje since yesterday, mostly women and children, but also some elderly couples.

She reminded that the Serbian Government made a decision about the temporary protected status and help to the citizens of Ukraine, which means accommodation, the help they need, education, health services, and they also have granted access to the job market, as well as asylum if they want.

When it comes to the movement of Ukrainian refugees, Milenkovski said the numbers show many people from Ukraine entered Serbia, from where they have continued their way to the EU countries.

She pointed out that about 9.000 people from Ukraine are registered in Serbia, and they are mostly placed at their friends and relatives, and she added that 71 person of all registered people are staying in the reception center in Vranje.

According to her, about 2000 people of all registered refugees from Ukraine reached for help.

When asked about the increasing number of Burundian refugees in Serbia, Milenkovski explained that those people choose coming to our country due to the visa-free regime.

‘One part of them is interested in staying in Serbia and they want to integrate, while others are thinking if they want to stay in our country and is that a good option for them. One of their solutions is coming back home when things settle down in Burundi’, said her.

As regards question if the open job market is available for everyone or just for the Ukrainian refugees, Milenkovski highlighted that criterion which the Government of Serbia passed on March 17, applies exclusively to Ukrainians, and that other displaced people who found the refuge in our country, need to apply for the asylum, in order to get the access to job market after nine months, when they finish the asylum procedure.

‘UNHCR would like that nine-month deadline to be shortened for everyone. The refugees are capable and educated people who want to contribute to the job market and they don’t want to rely on the help from state and UN agencies and other donators. They simply wish to help and contribute to the society they are in, as well as to get independence’, said her.

She indicated it is from the immense significance for them to start working and to find their own housing, because it is natural for every human being to be able to provide a living and not to be dependant from help.

Prethodno Health care in Serbia for migrants, asylum seekers and refugees during the COVID-19 pandemic.
Sledeće Đurović: Less and less understanding for refugees in the developed world countries 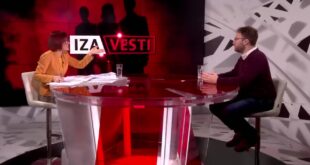 APC about the incident in Horgoš, refugee smuggling and the necessary solutions