It is the EU’s collective responsibility to ensure migration is handled in a humane, effective and sustainable way.

Soon after the sea started to warming up, the number of migrants and asylum seekers reaching the EU’s Mediterranean borders came up to the total number of migrants who arrived by sea to Europe during the last year only in the first five months of 2014. With over 3000 arrivals in Sicily by beginning of May 2014, the number of people who have made it to Italy by sea since the beginning of the year is over 40,000.

Beside that, over 13,000 people have reached Greece, and over 2000 have crossed from Morocco to Spanish enclave Melilla. Among migrants and asylum seekers there is a large number of women in children, who are in extremely vulnerable position on these passages. At least 2750 unaccompanied children have landed in Italy this year. 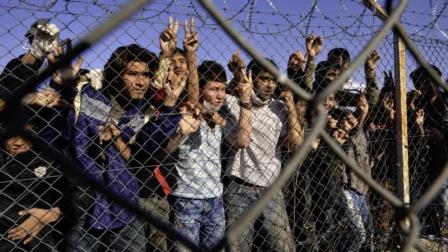 The complexity of the issue of migration across the Mediterranean is a result of conflict, poverty, inequality and the quest to support or protect families when all options are exhausted at home. These factors continue to drive people to reach new shores and the chance for a better life despite the natural and human threats they face along the way.

Those crossing the Sahara face death by thirst and starvation; and those attempting the Mediterranean crossing on unseaworthy boats at the mercy of smugglers face the prospect of stormy seas and drowning.

We have seen that enhancing border controls in transit countries or along the Mediterranean coasts and other restrictive measures have not decreased the number of arrivals in southern Europe. On the contrary, migrants have started to explore alternative, more dangerous routes which benefit smuggling and trafficking networks.
Those crossing through Libya, now the main country of transit to the EU, face arrest, horrific detention conditions and abuse at the hands of militias where rape, torture, and even death are realities.

The situation in the Mediterranean is not a crisis of more migrants reaching Europe and overburdening the continent, but an emergency of more migrants needing protection, aid and safe, legal channels.

The first priority is to save lives. Last year, the International Organization for Migration estimated that 2360 migrants died crossing borders in 2013, with over 700 of these in the Mediterranean alone. The number of migrants who drowned in the early months of 2014 was decreased primarily due to the operation More Nostrum that Italy launched after the Lampedusa tragedy in late 2013.

More can be done by rolling out innovative actions along the migratory routes: information drives and counselling on the dangers of smuggling and trafficking, alternatives to irregular migration, options for legal migration or voluntarily return and protection measures for those entitled to it.

Family reunification, relocation within the EU, and resettlement from third countries are efficient means to share responsibility and provide safe avenues for those seeking international protection within the EU.

Finally, only a balanced, comprehensive and common migratory policy, is the way to ensure safe migration paths and to reduce illegal immigration and its negative effects.