Početna / CURRENTLY / EU agreement: stop migration from outside the borders of the Union, solidarity amongst the members absent 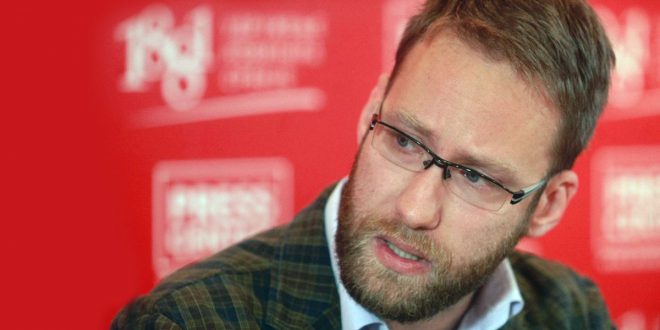 EU agreement: stop migration from outside the borders of the Union, solidarity amongst the members absent

July 1st – Despite the fear that a complete failure would come from the EU Summit of the EU Member States on the topic of migration, held last week, given their different views on this issue and the interactions of force amongst them, the maximum was achieved.

A small step forward was made, but missing is the much-needed solidarity of EU-members on the divisive issue of migration, which of course is the sine qua non condition for solving such a serious and complex intercontinental issue.

But approval was not lacking when it came to the issue of migration needing to be stopped outside of EU borders, and that the goal is to pro-actively keep the issue in priority. Primarily through strengthening cooperation with third countries, Turkey, and the countries of North Africa, in order to relieve pressure on the borders of the EU and to reduce the influx of people. An agreement was made to try to set up reception centers outside EU borders, whether on land or at sea, which implies that at all costs, external politics is on the scene, and that this remains a priority for all EU members.

If it was easy to reach an agreement about defending EU borders, the fact that only a non-binding agreement on aiding the displacement of refugees from the most affected countries (Greece and Italy) and the movement of newcomers from the sea, says that solidarity within the EU still does not exist.

Such results of the summit indicate that members do not deviate from their own previous attitudes, and that solidarity is clearly not achieved through self-commitment and concrete binding agreements, but the solution continues to be sought outside of solidarity and without compromising on the basic positions and attitudes that the governments of member states have in terms of migration. The search for a solution without concessions leads to circumvention of the solutions and the most effective ways to alleviate this problem and solve the problem. For the time being the newly adopted documents primarily aim to technically regulate the existing functions of the asylum system and migration management among EU members and to move this problem as far from its borders as possible.

Member States continue to avoid committing themselves and giving unremitting guarantees that, under all circumstances, they will receive new refugees to their countries which is most important at this time, and yet there is still a danger that the greatest burden of migration will remain on the shoulders of a number of member states on its own the borders of the Union, ie Italy and Greece. The situation for these two countries is complicated by the fact that the summit did not reach a common position regarding the change in the Dublin rules that now apply, that first of all, stipulates that the burden of refugees’ return is always accepted by the first country they entered, not the other Member States.

Efforts have, however been made to form within the EU closed processing centers for asylum applications, with the goal to stop a mass movement of refugees within member states, and to furthermore protect the Schengen agreement, again enabling the removal of border controls between individual Schengen members within the EU. Which in many ways currently creates economic problems and slows down the transport and fluctuation of goods among EU members, but also undermines the basic principles of the Union.

With the restriction of movement in these centers, they will try to control migration and the process of removal of people from European Union as efficiently as possible.

Of course, such proposed measures also raise questions of which countries will accept these camps, as well as the provision of financial and other means for the accommodation and transportation of people to these centers, and furthermore for their removal from the EU if their procedures were to get rejected. In addition, questions arise around whether such concepts can be functional in practice, bearing in mind the risks that refugees begin to avoid such centers and would rather remain illegally living in the EU without seeking asylum for fear of being rejected and deported.

In addition, the Balkans, more so, the territory of Serbia remains the last stop on the road to migration to the EU, with a favorable geographical position and the fact that it’s the last European country bordering with the Union and the Schengen area, Serbia for majority of refugees is the final lighthouse of hope towards the West and a better life. A goal from which they will not give up regardless of whether they are pushed back and pushed out from countries of the Union. Bearing in mind that the largest number of refugees who enter Serbia have now oriented towards Bosnia, primarily because Serbia faces increasingly brutal treatment on the Hungarian fence, and the Serb-Croat border; therefore it’s only a matter of time that Bosnia alone, or even alongside the support of the states, like Croatia will try to stop the entry of people and will attempt to push them back to Serbia. There are already rejections being made to people who wish to enter Bosnia from the Bosnian border police, while only those who immediately seek asylum with Bosnian border police immediately after being caught are release.

It is unrealistic to think that with the current entry of people into Bosnia, who are passing through our country, that migration has indeed been circumvented and that we no longer have to deal with this problem.

People may be in our country for significantly shorter periods of time, but they enter our country and pass through our country to Bosnia, because most of the roads on the Balkan route still run through our country, and unfortunately they will not change in the long run. Currently, people are headed towards Bosnia because they are trying to cross the Croatian border, which is long and difficult to control, to enter the EU which for the most part, are currently succeeding in.

What will happen if people, alongside Croatia, Hungary and Romania, are unable to crossover into Bosnia? This remains to be a question that we must keep in mind, alongside having our own policy and strategy regarding this global phenomena of migration, because according to messages from the summit, there is no other common policy for migration other than the policy of stopping it outside or at the very borders of the EU.

Prethodno UN: “68.5 million displaced persons worldwide”
Sledeće Saber: I want to stay in Serbia and work, why would that be a problem?