Početna / PRESS / US IN THE MEDIA / Đurović: One million refugees from Ukraine is just the first wave in Europe, we appealed to the Government of Serbia to prepare 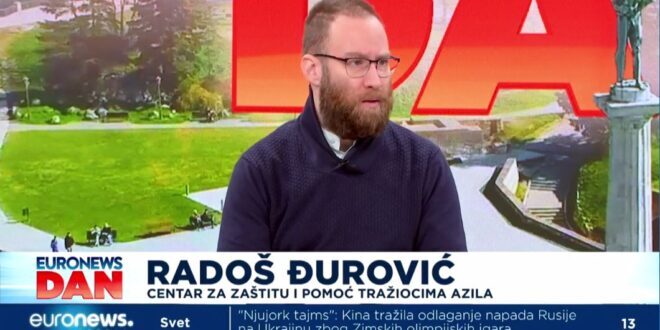 Đurović: One million refugees from Ukraine is just the first wave in Europe, we appealed to the Government of Serbia to prepare

In just eight days since the outbreak of the war in Ukraine, more than a million refugees left the country and went to the neighboring countries – Hungary, Slovakia, Poland or Romania.

Radoš Đurović from Asylum Protection Center warns for Euronews Serbia that these are just the first waves and that Europe could face an influx of five to seven million refugees from Ukraine alone.

The reception centers in the countries bordering Ukraine look very temporary for now, people are housed in schools and ad-hoc accommodation, but it is also about the first waves of refugees and the first reactions of the states, and an adequate response to such crises could be expected in approximately three weeks, says Đurović.

“Definitely no one expected such a strong development of events and such a large influx of refugees. I will remind you that in 2015 and 2016, a million people came to us from Syria, and here we already have a huge number in just seven or eight days of war. If the military actions continue, a much larger number of people will continue to come,” says our interlocutor.

He claims that it is necessary for the European Union to participate more actively in helping, but he emphasizes that certain mechanisms are now being activated to help countries that mainly accept refugees.

“Today we will see if there will be an agreement at the European level regarding the temporary protection of people coming from Ukraine. In this particular case, neighboring countries with a huge number of people are affected, although many go to their relatives further to the West. Still, these are huge numbers – 140,000 people entered Hungary today, also count the outflows. Nevertheless, it is a challenge for Hungary alone to cope with more than 100,000 people. It definitely remains to be seen how the crisis will develop further,” Đurović warns.

If a common plan is reached, he says, the question arises- which countries will be the hosts and whether the approach will be different in relation to the wave of refugees that still hasn’t been stopped from the Middle East.

Is Serbia ready for this crisis?

Đurović emphasizes that Serbia must increase the number of places available in shelters, and that Asylum Protection Center has already appealed to the Government to do so.

“Capacities must be up to 10,000 places in response to possible problems with refugees from Ukraine. Of the 6,000 places we currently have, 4,000 are filled with people from Asia and Africa. The fortunate circumstance is that people are coming to their relatives, but the coming days will be an important indicator “, he points out.

As he adds, hardly anyone is looking for the institutional accommodation in Serbia, but the majority are focused on accommodation at friends or family.

“They have three months of staying in our country without a visa, they have time to think about what they will do. Many travel further from our country, to Croatia or Montenegro, where they have friends or property,” Đurović concluded.