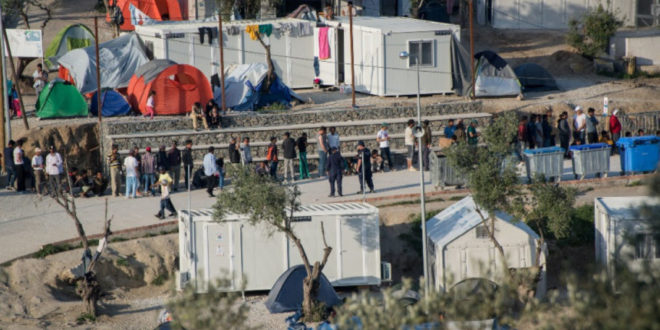 ATHENS, May 7th  – The number of migrants arriving in Greece from Turkey, by sea and land, is increasing, the Greek authorities warn, and the media there. Only Sunday morning on the islands of Lesbos and Sios arrived 350 refugees who reached the destination in five boats.

From May 1st, a total of 831 migrants arrived on the islands of the eastern Aegean and thus burdened with such overcrowded reception centers.

Of these 831 migrants, 554 reached Lesbos, 218 Hios and 50 Samos. According to local government representatives, the number of ships carrying refugees and migrants has increased over the last few days, about 30 to 35 boats arrive every day on the islands, which has not happened for a long time.

The number of refugees and migrants at Camp Moria on Lesbos has tripled over the past few days, and all other centers in which there were 2,400 people at the time were overstretched last year, and now this number has reached a figure of 6280, which exceeds the existing capacities .

Representatives of local authorities are convinced that the situation has worsened since the EU-Turkey summit in Varna, which took place on March 26th. They fear that if a refugee crisis is not prevented, there will be serious problems in the summer.

Fronteks, the European Border and Coast Guard Agency, are ready to help Greece curb the recent increase in the number of arrivals of migrants and refugees by land and sea, a spokeswoman for the European Commission Natasha Bertoud said a few days ago.

She confirmed reports of a significant increase in the number of arrivals on the eastern Aegean islands, as well as those that cross the northeastern border of Greece with the Turkish riverbed of the Evros River.