Cecilia Malmström: They want us to return visas

EU Commissioner for Home Affairs, Cecilia Malmström, on the return of the visa regime: SOME STATES HAVE ALREADY MENTIONED THE POSSIBILITY OF SUSPENSION.

The European Commission has not yet received a formal request from some of the member states for the suspension of visa-free regime that could be applied to Serbia. However, some EU countries have already informally discussed the possibility of suspension.

It has been said by Cecilia Malmström, EU Commissioner for Home Affairs, who also suggests to our government a series of moves so that Serbia would not again be surrounded by “Visa wall”:

– We recommended Serbia in our last report to consider about taking certain measures in order to reduce the “factors of encouraging” of irregular migration, such as an increase of targeted assistance to the minority communities, especially Roma, acceleration the exchange of information and operational cooperation with the EU Member States and neighboring countries, the investigation about supporters of illegal immigration, improvment of border control in accordance with the fundamental rights of citizens and conducting campaigns to inform passengers of their rights and obligations. 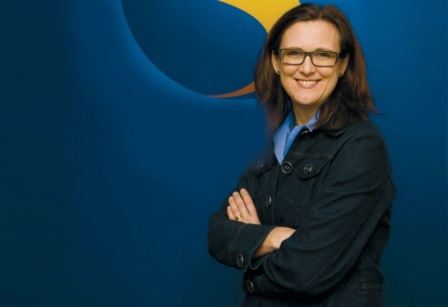 Can some of the EU countries that complain about the high percentage of false asylum seekers from the Western Balkans, impact on the reduction of this phenomenon by themselves – with the Legislation reform and the abolition of privileges that offer them?

– Yes, and that is why we also determine recommendations for Member States that are most affected by this phenomenon, in order to reduce the “factors of attraction” irregular immigration. These recommendations include rationalization of asylum procedure, increase of the operational cooperation with the Western Balkan countries that enjoy visa-free regime and assistance in the delivery of information that would be at their disposal.

Is it sufficient guarantee that the EU will not return again visas?

– I am strongly dedicated to maintaining the visa liberalization process, so that the people from the region of Western Balkan can benefit from this historic opportunity. Most of the passengers from that area respect the terms and obligations. However, the visa-free regime also requires the responsibility of governments and citizens who have this kind of freedom. We need to prevent abuse of the visa-free regime for any purposes other than those intended, which implies a short trips to the EU. Since the abolition of the visa regime, some EU member states are faced with a serious increase in the number of unfounded asylum requests submitted by the citizens of Western Balkan countries who are exempt from visa regime. Therefore, it is important, in order to preserve the benefit of crucial importance for countries that have a visa-free regime, to strengthen the efforts to oppose negative development that threatens this, otherwise, successful achievement.

THE PROCEDURE IS HARSHER NOW

Will a new mechanism tighten the procedures for visa-free travel?

– Member States can now apply for the suspension of visa free regime for citizens of third countries, if faced with an urgent situation caused by the abuse of visa free regime by those who are exempt from this obligation. This mechanism does not target any specific country or region, but applies equally to all countries that have or will in the future benefit from visa-free travel in the EU. 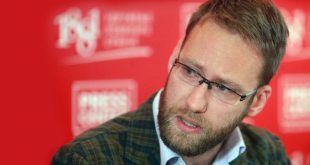 EU agreement: stop migration from outside the borders of the Union, solidarity amongst the members absent

edited: APC    foto: Apc July 1st – Despite the fear that a complete failure would …