The highest number of migrants in Serbia are from Eritrea

Among those who seek asylum in Serbia and then continue their way to the EU, there are still many citizens of Syria and Somalia, but more and more of them are coming from Sudan and Mali.

Over 2,723 people in 2012 requested asylum in Serbia, 1,560 of them were accommodated in centers for asylum seekers in Banja Koviljača and Bogovađa. In just the first six months of 2013- 1,516 of foreign citizens have asked for asylum crosing the border, and 1,112 passed through the above mentioned center. From these figures it can be concluded that the number of migrants is slightly rising, but there are no rules in this statistics – number of asylum seekers occasionally increases and decreases, sometimes so much that there are plenty of free space in, an otherwise mostly filled, asylum centers in Banja Koviljača and Bogovađa. 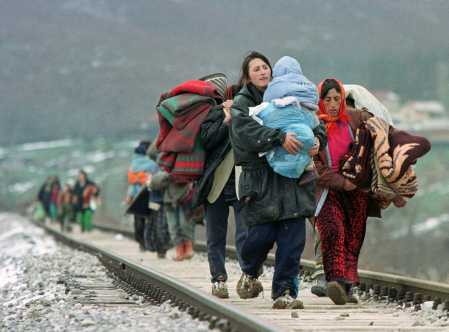 Searching for a better life

How come that there is a difference in the number of asylum seekers and beneficiaries of these centers? Most of these people originating from poor countries of Asia and Africa, looking for a better life, move toward rich countries of the European Union. After illegal entery into Serbia they seek asylum, Serbian police give them a confirmation and refers them to centres in Banja Koviljača i Bogovađa, whereby a significant number of them do not appear there, but try to get hold their destinations in the EU, illegally crossing borders between Hungary and Croatia. Those who get caught by the police illegally crossing Serbia, mainly by trucks and trains, go through the procedure of repatriation – returning to the country from which they entered Serbia or in the country of origin. International conventions and standards, as well as local regulations do not allow detention of these people, but require an organized and humane reception and consideration of the reasons for applying for asylum.

„Serbia is the first country where they can expect help or care during their long and uncertain journey. These people have their health examination, for their own sakes and for the protection of the population, and some of them were provided certain health intervention. Namely, some of them came to Serbia with serious injuries which were repaired, but there was no disease that could threaten our citizens. Asylum seekers can attend courses of Serbian and English language and the educational system is also available to them. Children who stay longer in Serbia menage to learn well Serbian language, there were also some who attended school here.”- said Jelena Marić, advisor to the Commissariat for Refugees and Migration of the Republic of Serbia.

Processed data for the first six months of 2013 shows that among asylum seekers most of them are citizens from Eritrea, Syria and Somalia, with tendency of continuous increase in number of migrants from sub-Saharan African countries – Sudan and Mali. Last year the most of them who had stayed at centers in Banja Koviljača and Bogovađa were Afgans, and besides the above mentioned countries there were migrants from Bangladesh, Pakistan, Algeria …

In Serbia most of them arrive from Macedonia, and then go to Hungary or Croatia. A geopolitical paradox is that in Serbia migrants arrive from EU countries (Greece), and after recovery in Serbia continue to other EU countries. The Government of Serbia once decided to build a center for asylum seekers in former military barracks in Mala Vrbica near Mladenovac, but after locals protested it was terminated although the European Union was ready to finance the project, which would make the opportunity for 30 jobs for local population. At the moment there are no asylum seekers residing outside the facilities in Banja Koviljača and Bogovađa which are intended for that purpose, according to the Commissariat, but the issue of new capacity remains.

Libyans and Egyptian got asylum protection

Among the migrants who were passing through Serbia, only three of them have undergone the whole procedure and at the end of 2012 were granted asylum. „These are the two Libyans, who actually had studied here and after the war began in their country, they sought and were granted asylum, as well as one citizen of Egypt, who is actually Orthodox Copt.” – says Jelena Marić, adding that there are two more persons from Somalia and Iraq who have the status of temporary protection while waiting for the decision of asylum.