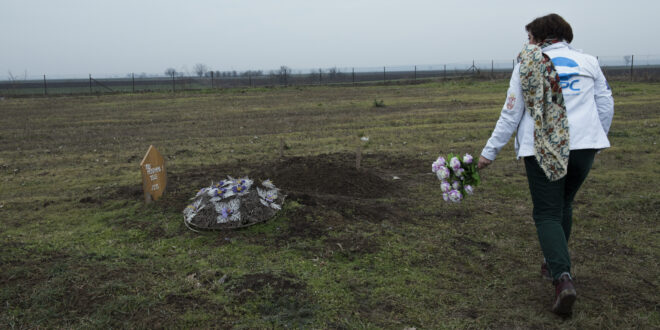 In 2017, a little girl, named Madina Hussiny from Afghanistan, was struck and killed by a train after being illegally pushed back with her family by Croatian police to Serbia, without giving them opportunity to seek asylum in Croatia. Afterwards, the whole case was obstructed by Croatian authorities that was imposing de facto and unlawful pressures not only to Medina’s family but to civil society organizations and lawyers trying to help and seek justice before Croatian and European institutions.

After four-years-long proceedings before European Court for Human Rights, the Court concluded that Croatia collectively expelled six years old Afghani child Madina Hussiny, her mother and five other siblings, from Croatian territory to Serbia in the middle of the night and outside of any legal procedure and without considering their individual situation. Concrete pushbacks eventually led to Medina’s death on the same occasion.

Moreover, the Court found that Croatia did not carry out effective investigation on the circumstances that led to the six-year-old girl’s death and thus violated the procedural limb of the right to life of little Madina.

Legal struggle before Croatian institutions and before ECtHR in this case, was done by Croatian Centre for Peace Studies (CMS), their legal department and their attorney at law Ms. Bezbradica Jelavic, while initial legal cross-border cooperation between CMS and Asylum Protection Center proved to be highly important in terms of collecting decisive legal proofs, testimonies and information, crucial for the further legal steps before Croatian institutions and ECtHR. Having in mind that both organizations were legally representing Madina and her family in their respective countries – Croatia and Serbia, CMS’s and Asylum Protection Center’s swift legal coordination and communication significantly contributed to the difficult legal struggle that has resulted with the final positive judgment before ECtHR.

Asylum Protection Center’s intervention reported widespread practices of unlawful and violent expulsions of migrants from Croatia to Serbia and Bosnia and Herzegovina. Such returns were being conducted outside official border crossings and without any prior notification of the authorities of the country to which the migrants were being returned, and thus in breach of the readmission agreements. The police usually ordered migrants to follow railways or roads, or cross rivers, as a result of which many of them had sustained accidents and died.

Unfortunately, the judgement of the European Court of Human Rights cannot restore the lost child’s life but it is an important turning point for the future behavior of countries in Europe when it comes to the practice of illegal expulsion of refugees – pushbacks, to neighboring countries!

Asylum Protection Center teams continue monitoring Serbian southern and northern borders, reporting hundreds of migrants walking snowy paths of the Balkan routes daily, in an attempt to reach central Europe. Most are stopped by the border police of Hungary or Croatia or Romania, searched, robbed, physically assaulted, insulted and violently pushed back into Serbia, where, thousands of asylum seekers have been stranded in freezing conditions, often  in the open along borders.

Prethodno Assisting refugees in integrating into the local community.
Sledeće Report on pushbacks on the northern borders of Serbia in 2021.