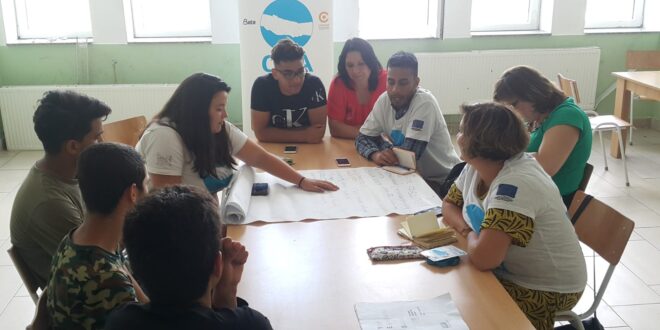 Teenage refugees in Sjenica are still waiting to go to school

In this situation, a key place belongs to inclusion in the education system.

These are mostly boys, often under the age of 15, and it is important to provide them a safe and sustainable support system.

In addition to the professional care and protection of professional, trained and caring caregivers, it is very important to provide them an opportunity to become involved in the local education system.

As it is often the case of older juveniles between elementary and high school age, there are certain challenges, such as incomplete prior education due to refugee, traumatic experiences from the country of origin and on the road, difficulties with adaptation to new circumstances, slow process of establishing trust with the environment and understanding the local context, the professional support system needs to respond to.

There is an increased number of unaccompanied minor boys who have been accommodated at the Sjenica Asylum Center since November last year. Unfortunately, the camp administration and guardians had neither the will nor the necessary skills to involve the boys in the local schools from the very beginning. Despite the initiative of our organization and the local primary school, there was no key formal link and the children did not go to primary school.

A group of older unaccompanied minors attended high school for a very short time, often not understanding the outcome or the meaning of schooling.

During July and August, APC organized workshops with these boys as a type of cultural preparation for inclusion in a local school. Workshops were always attended by caregivers.

Boys from different parts of Afghanistan, eager for attention and care, excitedly listened about the school calendar, the classes, about decent behaviour and the treatment of their peers, especially girls, responsible adults at school, who to turn to for help and general rules.

Carefully, counting their age, they themselves began to evaluate whether they would go to elementary school or to a secondary school.

Unfortunately, during our last visit, on 29 August, we were not informed when, under the guardian protection of the local social work center, they would go to school, although the beginning of the school year was officially in just a few days.

But it is also necessary to remind that education is a basic human right and that these boys are entitled to it, and that we are bound by our own laws. 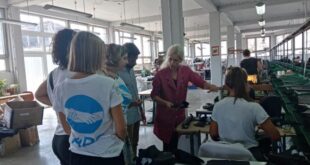 Assistance in the employment of asylum seekers in Tutin