Report of the Austrian Interior Ministry about the migratory routes

Routes for transfer of the illegal migrants to the countries of the EU are increasingly diverted to the east of Europe, indicates the report of the Austrian Interior Ministry.

Researchers pay special attention to Subotica and the centers for asylum seekers in Serbia, from where the Serbian criminal organizations transfer the illegal migrants.

The number of persons who illegally entered or were illegally transferred to Austria in 2012, compared to 2011, has increased by 5%, up to 22,000 of illegal migrants. 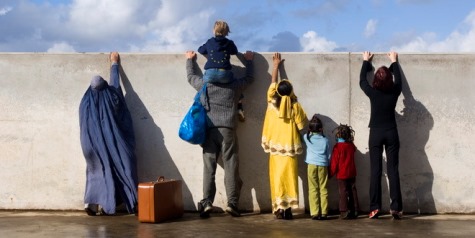 At the same time has been registered a decrease in arrests of the people who are engaged in transporting of illegal migrants, while on the other hand came to a dramatic diversion of the routes for transfer of illegal migrants over the East Europe.

These are the main conclusions of the report on illegal migrants for the year 2012, that is still being kept away from the public even though supposed to be already published. According to the Vienna daily “Kurier”, this delay in publication of the report is because of the turbulent passions in Austria that were caused by the expulsion of eight Pakistanis who were on a hunger strike in order to provide better conditions for asylum seekers.

In the second place is the route through Hungary (25%), for which analysts of the Federal criminal service have determined a significant redirection that was made on this route.

The number of illegal migrants who have been transported through Italy was reduced by 1/3, while the number of transfers over Hungary was increased for 40 %.

Police in Austria has recorded a reduction in the number of arrests of the people who are engaged in transporting of illegal migrants from 288 to 235.

Colonel of Vienna’s police, Geralrd Tacgern, considers this decrease as a success, because, as he says, it was a result of increased cooperation with the Hungarian authorities with whose help they managed to arrest an important bosses of the criminal organizations that were located on the external borders of the Schengen area towards Hungary and Romania.

According to “Kurier”, the cities in Serbia, such as Subotica and Serbian asylum centers in Banja Koviljaca and Bogovodja, are specifically targeted by the police. There, the newspaper added, for thousands of illegal migrants are camping out in the woods or living in abandoned houses for months, while waiting for further transportation.

They are coming across Turkey and Greece and represent an inexhaustible source of income for Serbian criminal organizations involved in transporting of illegal migrants, claims the Vienna daily “Kurier”, stating that it is the open question why Serbian police allows that.

Police unit Soko Sid from Eisenstadt leads the operations against these criminal organizations, while the unit West Soko from St. Pölten controls the western border to the Czech Republic.

The report states that the illegal migrants are mostly from Afghanistan, Pakistan and Chechnya and that the people who transport them are customarily members of their own people. The exceptions are Vietnamese who transfer Chinese and the Turkish organizations who transfer Syrian refugees.

Refugees said that they have paid between 2,500 and 4,000 euros for the transfer to Europe, but that during the trip they often had to give the extra money, so that the total cost could reach up to 10,000 euros.