Four amateur filmmakers in Hong Kong have beaten Hollywood to the draw by producing the first film on the escaped American intelligence agent Edward Snowden, a five-minute thriller depicting the intrigue surrounding the intelligence leaker when he was hiding in the city. The film was released on Tuesday, July the 2nd, 2013, on the website You Tube.

Shot in less than a week on a very small budget, the film imagines the drama which must have unfolded in Hong Kong leading up to Snowden’s public appearance with the data on US surveillance programmes. 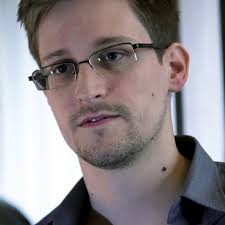 Snowden, 30, was a former agent of the U.S. Central Intelligence Agency (CIA). Snowden quit his job of IT technician at the U.S. National Security Agency (NSA) and went to Hong Kong on May 20th, 2013, where he began with issuing a series of leaks about the interception that was conducted by the CIA.

“To be the first one to really do anything about it was quite invigorating”, said the cinematographer and editor Edwin Lee. This film, with the local actors and “shaky” camera that resembles on the Bourne spy thriller series, became a hit on YouTube.

“This is a spy movie that is being developed”, said Lee about the film “Verax”, which is a code name that Snowden has given himself.

“There were a lot of adrenaline and it was all very guerilla filmmaking style”, explained Lee the atmosphere of the diplomatic intrigues and tensions that were surrounding the filmmakers, but also Snowden, during his time in Hong Kong.

The film was shot on the locations in the city where Snowden was reportedly seen. The Mira hotel where Snowden was originally hiding and from where he gave the informations to the daily newspaper, “The Guardian”, can also been seen in the film.

For Lee and his team, finding an actor who could play Snowden was one of the biggest problems.

“We needed someone convincing for Snowden”, he said, explaining that he and his colleagues made a list of friends that “even a little” look like him.

They decided to take Andrew Kromik, American teacher who only needed a haircut in order to look like Snowden.

Before the end of production, Snowden has escaped to Moscow, where he is still located. Since June 23rd, 2013, Snowden is located in the transit area of the Moscow’s international airport “Sheremetevo”, where he had applied for political asylum to 21 countries. On June 2nd, 2013, Poland, Finland, Spain and India refused to give political asylum to Snowden.

“We were proud that he had found protection in Hong Kong. He believed that our law and our government could protect him”, said Lee.

“In the end we understood he did what’s best for himself “, said Lee, adding that the production crew was hoping that Snowden will watch the video.

“I’m just waiting for someone to comment on YouTube saying ‘hey, you guys did a good job by telling my story ‘”, said Lee.

Meanwhile, Hollywood is gearing up to come with the new stories related to Snowden.

Phillip Noyce, director of action thrillers “Salt” and “The Quiet American”, is reportedly keen to turn the real-life hunt for Snowden into a Hollywood thriller with Australian actor Liam Hemsworth in the lead role.

“This is a movie that’s playing out before our eyes, even though we can’t see anything”, said Noyce.