In the Annual Report for 2013 of the international organization Human Rights Watch about the situation of human rights in the member states of the European Union is stated that xenophobia, racism and discrimination still represent a serious problem in the European Union. Roma, migrants and asylum seekers are particularly marginalized.

In 2013, countries of the European Union have made final steps toward the creation of a Common European Asylum System with the adoption by the European Parliament in June, 2013, of an “asylum package”, including recast versions of the Dublin regulation, the Asylum Procedures Directive and the Reception Conditions Directive. While the package contains certain improvements, it provides broad grounds for detention of asylum seekers, does not obligate member states to provide free legal assistance at first instance and fails to exempt especially vulnerable asylum seekers, including torture survivors and unaccompanied minors, from accelerated procedures. 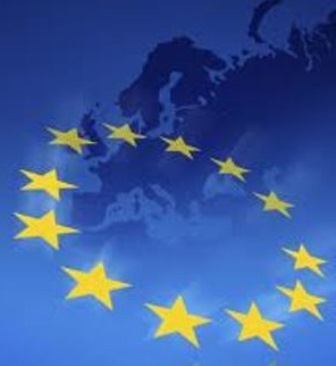 The Dublin III regulation, that is in force since July,2013, leaves intact the general rule that the first EU country of entry is responsible for asylum claims while improving safeguards, including the right to information, a personal interview, and an appeal against a transfer decision. States must now assess the risk of inhuman or degrading treatment before transfer to another EU country. The European Union Court of Justice ruled in June that member states must examine asylum claims by unaccompanied children present in their territory even if they have previously applied elsewhere. In September, 2013, the European Parliament called for strategic guidelines to better protect unaccompanied migrant children beyond the existing Action Plan of the European Commission. The High Commissioner for Human Rights of the Council of Europe, Nils Muiznieks, has also reminded the member states of the primacy of the best interests of the child in implementation of migration policies.

In November, 2013, the European Court of Human Rights ruled that sexual orientation is grounds for seeking asylum in the EU if the applicant comes from a country where laws criminalizing same-sex activity are enforced.

EU member states adopted widely divergent approaches to Syrian asylum seekers. For example, Sweden said it would grant permanent residence to Syrians to whom it previously granted temporary protection, while Greece tried to return them to Turkey.

In June, 2013, the European Commission and the EU high representative for foreign affairs jointly called for a comprehensive approach to the Syrian crisis, focusing on humanitarian assistance for refugees in neighboring countries.

In 2013, the number of migrations by sea to Europe has noticeably increased, with over 35,000 migrants and asylum seekers that arrived in Europe by the end of October. It is estimated that 500 people had died at sea by mid-October, including over 360 in a single boat tragedy at the island of Lampedusa in October, 2013.