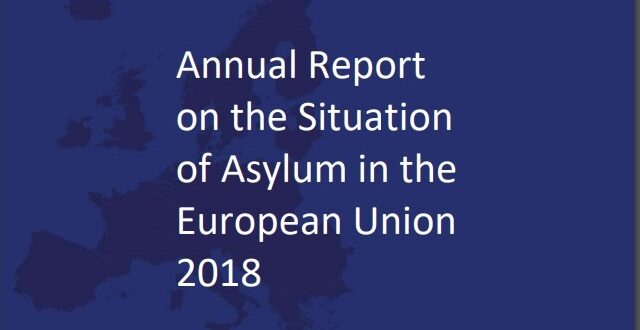 Brussels, 25 June 2019 – European Asylum Support Office released the annual report on the situation of asylum in the European Union on 24 June 2019.

The objective of the EASO Annual Report on the Situation of Asylum in the European Union is  to  provide  a  comprehensive  overview  of  the  situation  of  asylum  in  the  EU  (including information  on  Norway,  Switzerland,  Liechtenstein  and  Iceland),  describing  and  analysing  flows  of applicants for international protection, major developments in legislation, jurisprudence, and policies at the EU+ and national level and reporting on the practical functioning of the Common European Asylum System (CEAS).

The EASO Annual Report covers the period from 1 January to 31 December 2018 inclusive, but also refers to major recent relevant developments in the year of writing. Whenever possible, information referring to 2019 was based on the most up‐to‐date sources available at the time of adoption of the Report by the EASO Management Board.

Statistics on first and second-instance decisions

In 2018, there were 664 480 applications for international protection in EU+ countries, which marked a  decrease for the third consecutive year, this time by 10 %. Approximately 9  % of all applications involved repeated applicants. The number of applications lodged in EU+ was similar to 2014, when 662 165 applications were lodged. It is worth noting that, while the number of applications remained remarkably stable throughout 2018, the relative stability at EU+ level conceals stark variation between Member States and between individual applicant citizenships. Migratory pressure at the EU external borders decreased for the third consecutive year. An upsurge in detections at the Western Mediterranean route occurred (more than doubled), equalling the number of detections atthe Eastern Mediterranean route (some 57 000 each). Syria (since 2013) (13 %), Afghanistan and Iraq (7% each) were the three main countries of origin of applicants in the EU+, together constituting more than a quarter of all applicants in 2018 (27%).

In 2018, EU+ countries issued 601,525 decisions in first instance, a large 39% decrease compared to 2017. Thus – differently from last year – there were more applications lodged than decisions issued, with obvious implications for the number of cases pending at first instance. The majority of decisions (367,310, or 61%) were negative, and hence did not grant any protection. Some 234,220 decisions were positive; of those, the majority granted refugee status (129,685 or 55% of all positive decisions), and a smaller proportion subsidiary protection (63,100 or 27%) or humanitarian protection (41,430 or 18%). Although fewer positive decisions were issued overall, compared to last year a higher proportion of positive decisions granted refugee status. In 2018, EU+ countries issued 314,915 decisions at second or higher instance, a 9% increase compared to 2017. Thus, a trend of progressively more final decisions issued each year, which has been observed as of 2014, persisted. Moreover, in 2018 a higher share of final decisions granted some form of protection: the recognition rate for decisions issued at final instance was indeed 37%, up from 33% in 2017. In 2018 the EU+ recognition rate at higher instances was therefore just two percentage points lower than that at first instance. In terms of outcome of decisions, slightly more positive (final) decisions granted refugee status (36% of all positive decisions) than subsidiary (33%) or humanitarian protection (31%).

Two issues are highlighted in particular in this report – the living conditions on the Greek islands and the access to territory for migrants rescued at sea in the Mediterranean. Besides these problems, concerns were raised regarding the effective access to territory, access to the asylum procedure, access to information, legal representation and interpretation services, special procedures, delays in asylum procedures, reception and detention conditions, freedom of movement, protection for vulnerable groups, and integration.

The situation in Hungary was also addressed by this report. The pushbacks along the Hungarian-Serbian border were highlighted, and the use of transit zone was described as a severe limitation of access to asylum procedure, restriction on freedom of movement and de facto detention. The new bill was also criticized for restricting NGOs from providing support for asylum seekers while the law regarding admissibility procedures was also mentioned, together with the fact that all new asylum applications were deemed inadmissible. The report also raised the lack of integration supports from the Hungarian government.

Croatia’s use of pushbacks was also mentioned, and the report also raised the issues of lack of interpretation in certain languages and the delays in first-instance decisions.

Prethodno Migrant/refugee situation in the south of Serbia from April 22 to June 24, 2019
Sledeće EASO Annual Report on the Situation of Asylum in the EU 2018 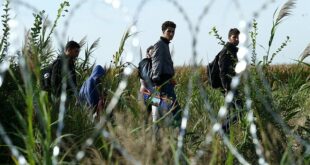