Belgrade, March 01 – As the APC team has found out in the field, more and more migrants are attempting to cross at the northern borders with Croatia and Hungary, in the past week. Groups of about 20 to 30 migrants, attempt to cross daily.

Over the past few days, the Hungarian police have been continually pushing the migrants back to Serbian territory, with at least 50 people a day. Given the current weather conditions, an increasing number of attempts to cross into Croatia and Hungary are expected in the coming period. 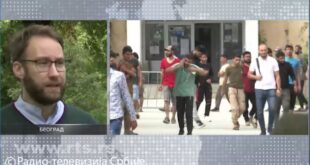